Guru Randhawa returns to India after Vancouver attack, feels safe to be back home

In an unfortunate incident, the Punjabi singer was attacked by unidentified boys after a music concert in Vancouver on Sunday night. 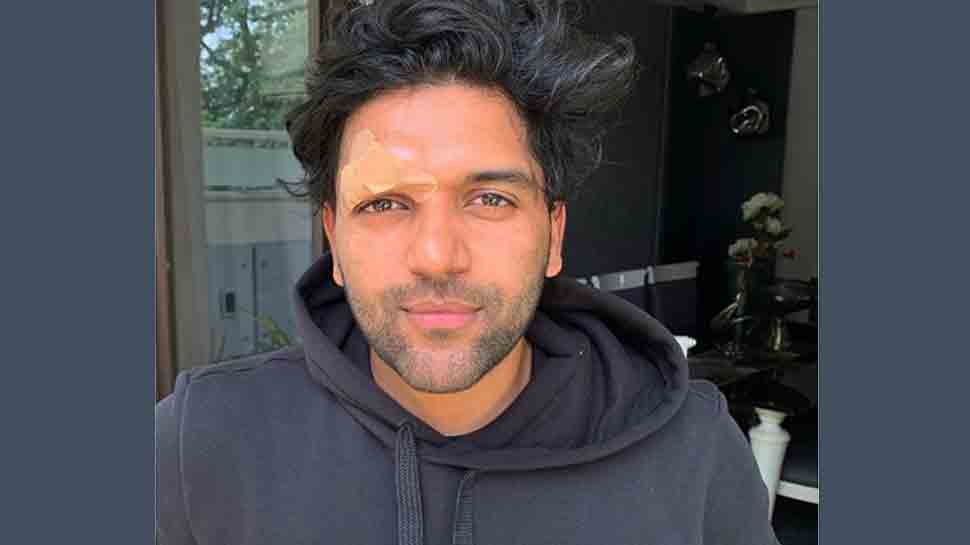 New Delhi: Famous Punjabi singer Guru Randhawa was recently attacked by a gang of unidentified boys who tried to interrupt his music concert in Vancouver, Canada. The singer received four stitches on his right eyebrow and has returned back to the country, feeling 'safe to be back home'.

Randhawa was exiting the Queen Elizabeth Theatre in Vancouver on Sunday night after his concert when the attack took place, leaving the singer bleeding on his right eyebrow.

The unfortunate incident has come as a shock to everyone, moreover so as it happened in one of the cities which the singer considers his own. It all happened when a random Punjabi boy came on the stage where Guru was performing and picked up a fight with everyone backstage. He later came with a bunch of guys and hit the singer hard on his face, resulting him having several stitches on his face.

As per the reports, the attacker couldn't be identified as he managed to flee from the spot after the brawl.

Guru's team sent across the statement which read:

Guru is back in India with four stitches on his right eyebrow and mega successful USA/Canada tour. The incident happened on 28th July in Vancouver when Guru told one punjabi man not to come on stage while he was performing for the audience. That man was trying to come on stage again and again and then he started fighting with everyone backstage. He was known to the local promoter Surinder Sanghera who sent him away during the show. But at the end when Guru finished the show and was leaving the stage, that punjabi man came and hit him hard on his face with a punch , because of which Guru started bleeding on the spot from his forehead above eyebrow and went back to stage and showed it to the audience.
That man was with few others and whosoever tried to stopped them, they were punching them and then they all ran away.
Guru is home now feeling safe in India.
And Guru Said , his Guru Nanak Dev ji has saved him and prayed to Waheguru to give that man a good sense of understanding what to do and what not to.
Your love and support is all we need always. 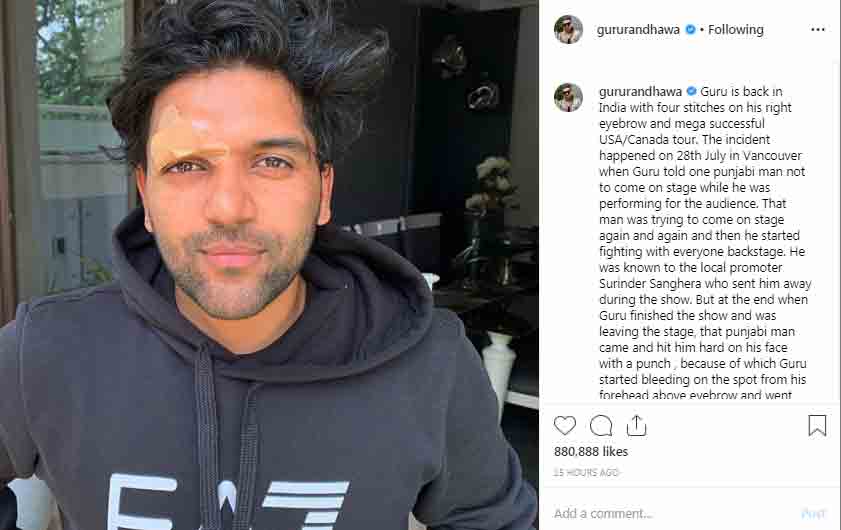 Guru Randhawa's tracks are popular party numbers amongst fans of Punjabi music. Some of his chartbusters are 'Suit Suit', 'High Rated Gabru' and 'Aja Ni Aja'. He recently unveiled a music video with Pitbull titled 'Slowly Slowly', too. The singer was a part of the much-spoken 'Da-Bangg' show in 2018 too.