Starstruck fans from various cities queued up since early morning, wanting to wish the star in their own unique way. 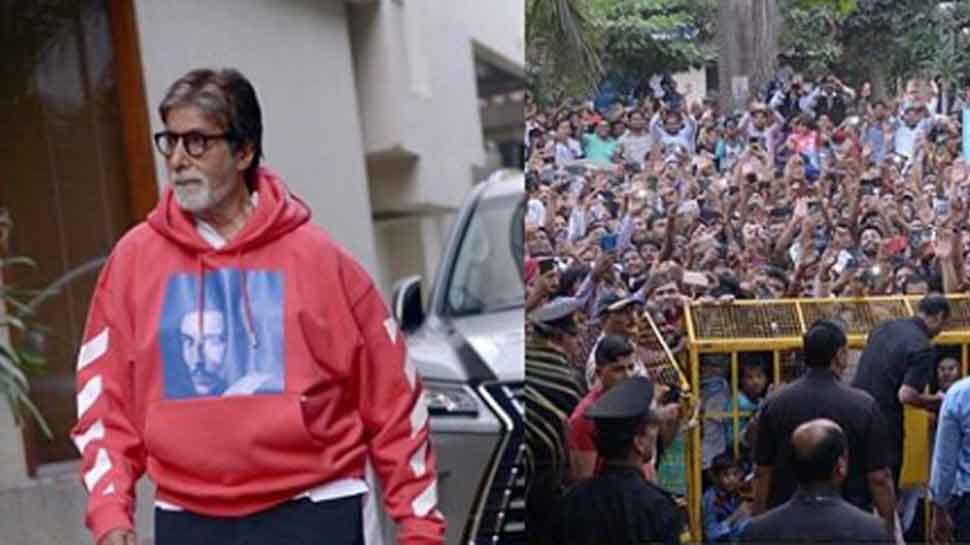 Mumbai: As Amitabh Bachchan, the living legend of the Indian cinema, turned 77 today, several frenzied fans thronged the streets outside his residence to catch a glimpse of the iconic star and wish him a long life.

Starstruck fans from various cities queued up since early morning, wanting to wish the star in their own unique way. One of his fans Dilip came from Sangli Village to wish the actor and presented a song `De De Pyaar De` from the veteran actor`s film `Sharabi.`

Another fan, Pandit Ram Ashok Tiwari, offered prayers to the star and chanted a prayer for his long life."It`s been 20 years that I have been coming to his residence on his birthday. I perform hawan and offer prayers for his long life and to protect him from any wrong," said Tiwari.

On one hand, fans were spotted celebrating the special day by dancing in front of his residence on tracks from Amitabh`s films, while on the other hand, a fan who was present with the entire family had a beautiful painting of the ace actor along with a bouquet as a token of love.

Later, one of his fans dressed as the superstar himself reached outside the residence of the great actor and clicked selfies with other fans to celebrate the day. People also raised slogans praising Amitabh and his achievements and contributions to the Indian cinema.

In a bid to gift something unique to Amitabh, one of his fans wore a shirt and cap with names of all the films done by the `Kaun Banega Crorepati` star.

S.P Kamat who is the founder secretary of Amitabh Bachchan Fan Association which was created in 1979 in Kolkata with an aim to do social service under the name of the star was also present to extend best wishes to the actor.