Here's why Hailey Bieber joked about quitting the runway

While Hailey may be done with runway work, she is certainly not giving up on her modelling career altogether. The svelte beauty is currently the face of BareMinerals and recently starred in campaigns for Tommy Hilfiger, Levi's, Roxy and more, reported Page Six. 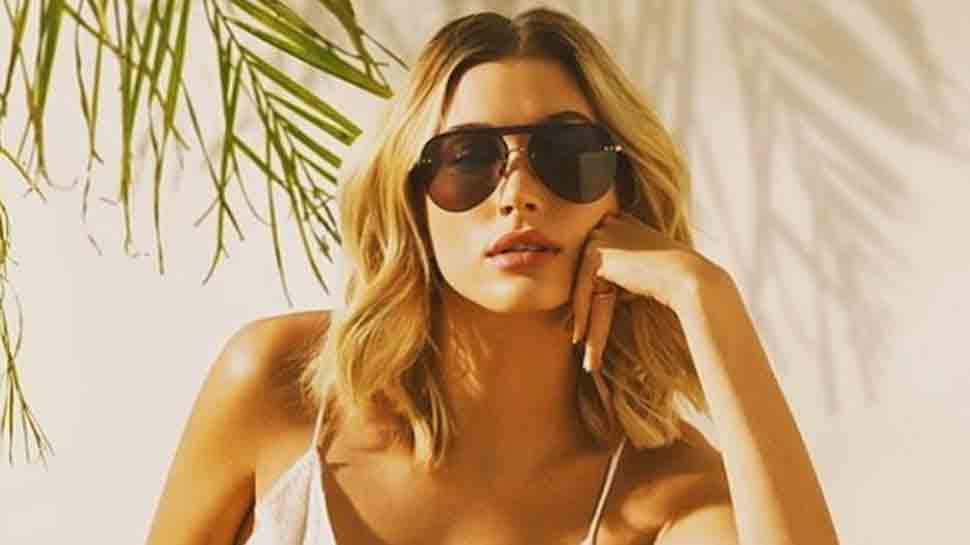 Supermodel and Justin Bieber's wife Hailey Bieber may be retiring from the runway! The 22-year-old model must have been going through old photos of her walking the catwalk and stumbled upon some not-so-flattering flattering angles.

On Wednesday, Hailey posted a photo of herself on her Instagram story from a recent Zadig and Voltaire show and joked about her poor form.

"What I do know is that ur arm truly should never wing this high when ur walking on a runway," she captioned the shot, drawing a huge circle and question mark around her bent elbow. "Hence why it is not, and will never be my thing again lol," she added. 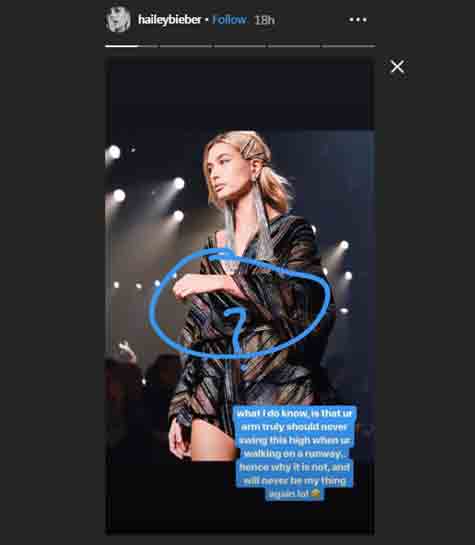 While Hailey may be done with runway work, she is certainly not giving up on her modelling career altogether. The svelte beauty is currently the face of BareMinerals and recently starred in campaigns for Tommy Hilfiger, Levi's, Roxy and more, reported Page Six.

In 2018, Hailey walked for Versace, Off-White, Dolce and Gabbana and Tommy Hilfiger in addition to Zadig and Voltaire. She has not hit the runway at all this year. Meanwhile, her fellow model Bella Hadid has walked more than 20 catwalks in 2019 alone.

Supermodel Kendall Jenner learned it the hard way when discussing her own choice to be more selective with accepting runway jobs.

Though Hailey is clearly making photo-shoots work with her schedule, perhaps she is looking forward to spending more time with Justin.

Justin is taking a break from music to focus on his mental health, although he has performed at Coachella music festival with Ariana Grande and released a single with Ed Sheeran titled 'I Don't Care'. The singer has been largely staying away from the spotlight and finds his source of comfort in his wife.