The actress has hinted in the caption that the pic is from 'Kasautii Zindagii Kay' sets. 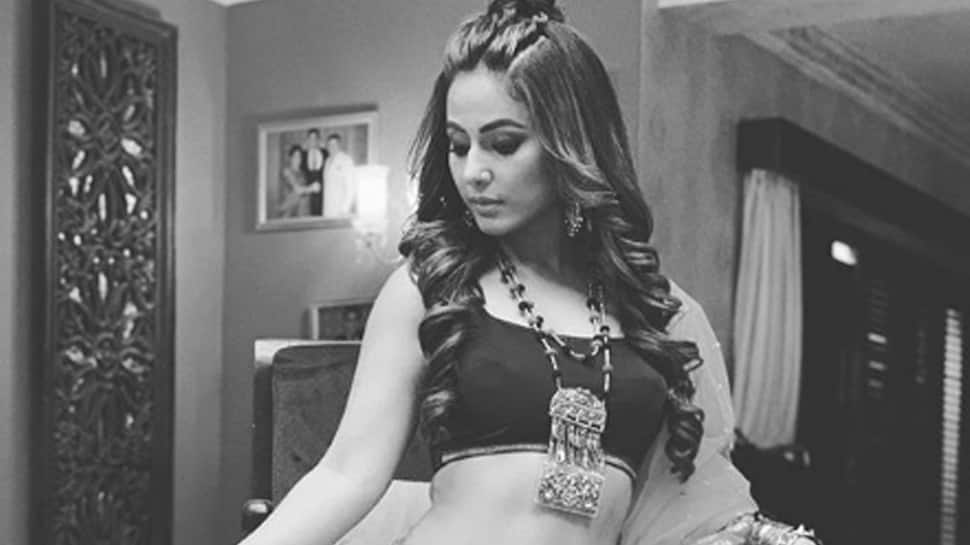 New Delhi: Popular television actress Hina Khan has a massive fan following and is quite active on social media. Hina is often making headlines owing to her stunning pictures and videos. The leggy lass is known to be a fitness freak and often posts workout videos and pics, encouraging her fans to adopt a healthy lifestyle.

It is perhaps the result of her vigorous workout sessions, that the actress has a perfectly toned body. Hina is seen playing the role of Komolika in 'Kasauti Zindagii Kayy' reboot currently and people are loving her avatar! In her latest Instagram post, Hina gives off major 'Komolika' vibes and is a sight to behold.

The actress has hinted in the caption that the pic is from 'Kasautii Zindagii Kay' sets. Hina will no longer be a part of the show after March.

Confirming the same, she had earlier told Spotboye, "It's true that I will not be seen on the show post March. But, the only reason is my prior commitment towards films."

When asked if she plans to make a comeback, the actress said, “Depends I might or I might not.”

Before 'Kasautii..', Hina emerged as the finalist of 'Bigg Boss' season 11. She lost the trophy to Shilpa Shinde but won many hearts and was one of the most talked about contestants of the season.