Hrithik took to Instagram to share some endearing pictures with his ex-wife and sons. Along with it, a heartfelt note was attached. 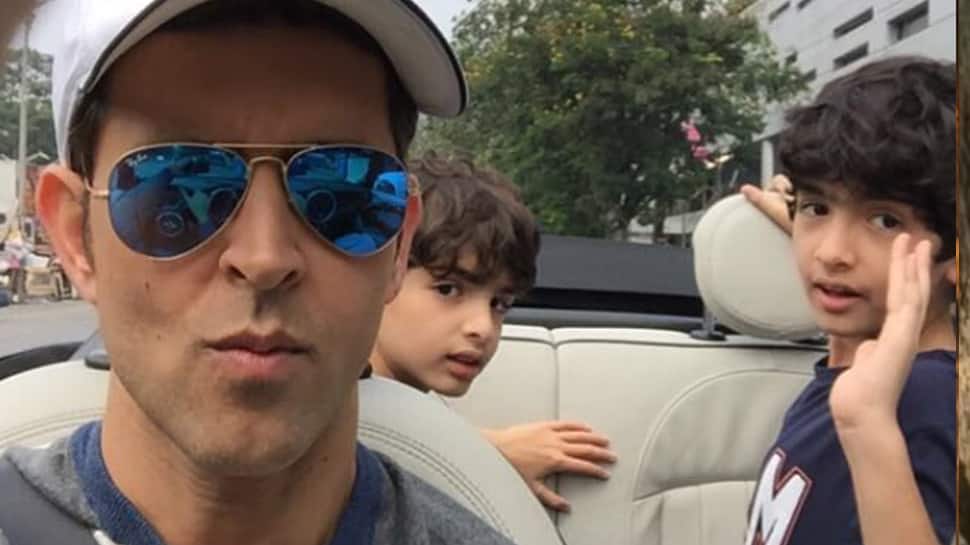 New Delhi: Bollywood actor Hrithik Roshan went on a vacation recently with his ex-wife Sussanne Khan and their two sons-Hrehaan and Hridhaan. Even after their separation, Sussanne and Hrithik remained cordial with each other and are often seen hanging out together and backing each other up. The two are doting parents to their sons and are with them at every step.

Hrithik took to Instagram to share some endearing pictures with his ex-wife and sons. Along with it, a heartfelt note was attached.

The caption is, “Here is Sussanne , my closest friend ( also my ex wife) capturing a moment with me and our boys. .A moment in itself..It tells a story to our kids. That in a world separated by lines and ideas , it is still possible to be united. And that you can want different things as people and yet stay undivided..Here’s to a more united, tolerant, brave, open and loving world.It all starts at home.”

Recently, Sussanne's father and veteran actor Sanjay Khan opened up on his daughter's divorce in an interview with a magazine and hoped that Sussane and Hrithik get back together. ""When people say that Hrithik is no longer my son-in-law, I say I have a relationship with him: he is the father of my grandchildren, and that can never be erased! So umm. I still hope they get back together."

On the work front, Hrithik will be seen in 'Super 30'. The actor will be seen in a completely different on-screen avatar and this is the first time that the actor will play a teacher on the reel. And his recent pictures show the kind of transformation he is undergoing in terms of hairstyle, beard and the overall look.