I don't like defining people or be defined: Lisa Ray

Actress Lisa Ray, who plays a lesbian in web series "Four More Shots Please", says she doesn`t like the idea of labelling or defining people, especially when it comes to one`s choice of partner. 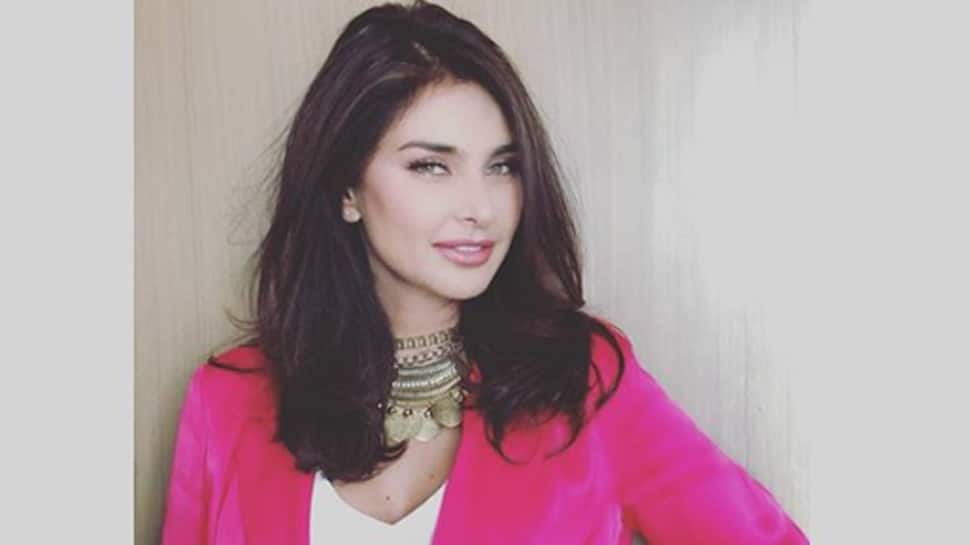 Mumbai: Actress Lisa Ray, who plays a lesbian in web series "Four More Shots Please", says she doesn`t like the idea of labelling or defining people, especially when it comes to one`s choice of partner.

Q. How has life been treating you? I believe some beautiful things have happened to you during the past year?

A. Yes, the birth of my daughters, interesting professional opportunities, cancer advocacy and continued personal and spiritual growth. My memoir is releasing this year. It`s called "Close to the Bone" and it will be published by Harper Collins India. I`m both excited and nervous. I consider myself a writer first and foremost. I have written my entire life. But this is the first time I`m publishing a book.

You will find my byline now in articles and magazines and I see my book as not only a way to share my personal viewpoint and how I`ve grown and learnt through a variety of experiences, but as my launch as a writer. I`m already planning my next book. And the one after that.

Q. In a new web series, "Four More Shots Please", you play a lesbian. This isn`t the first time you have played a lesbian. What is your level of empathy for the LGBT community?

A. I honestly don`t think in terms of labels and I don`t have boundaries in my head, particularly when it comes to choosing partners. Love is love. I`ve lived all over the world and I have friends of so many backgrounds, I refuse to define them. I don`t like being defined either. But with Section 377 finally repealed, I am optimistic for a new era in India in opening individuals` minds to accepting personal choices.

Q. The #MeToo movement finally reached India last year. What is your take on the prevalence of sexual harassment in the Indian entertainment industry? Have you ever experienced it in any form? Do you feel the movement has put sexual predators in the film industry in their place?

A. I am a supporter of the #MeToo movement and (I am) a feminist. Feminism to me is defined by equality. I think the repression of woman in India is so institutionalized, it will take a while to shake it off. The pendulum will have to swing in the other direction - perhaps at times further than anticipated - but that`s how change starts.

Today, I believe there must be some hesitation or fear of repercussions in the minds and hearts of sexual predators. Is it too much to ask to be treated fairly and like a human being? Young men need to be educated on consent and boundaries and this is happening slowly so the dialogue and education will push the needle along.

Q. Lisa, you fought a life-changing battle with cancer. In the past few years, some notable members of the Indian entertainment industry have been fighting cancer. What is your advice to them and to their families?

A. I honestly cannot offer advice. I believe each individual has a deeply personal path to walk in life. But of course emotional support is always important. I believe the fact we are speaking publicly and openly about health issues which were hidden until recently is a very positive step.

Not only are these brave individuals -- Manisha Koirala, Sonali Bendre Behl, Tahira Kashyap -- receiving support by sharing openly but they are inspiring others who are going through challenging times. Before I announced my diagnosis from the red carpet of the Toronto International Film Festival in September 2009, I was encouraged to keep it quiet. When we take experiences from the shadow into light, it loses its grip over us. We have less to fear and more opportunity to grow.

Q. Tell us about your plans this year?

A. It already looks busy, but I`m also conscious of scheduling in reflection, spiritual retreats and family time. I`m off to Canada now for an interesting announcement. "Four More Shots Please" released on January 25. I`m looking forward to the release of my film, "99 Songs", which has music by A.R. Rahman, and continued experimentation. My book is very candid and heartfelt and I`ve written it myself, so it will be a milestone when it releases. I`m humbled and content with opportunities and the flavours of life.