After Hollywood star Halle Berry surprised many by posting 'desi' moments from her Mumbai tour on social media, British model and actress Elizabeth Hurley is also coming to the country's financial and film capital here. 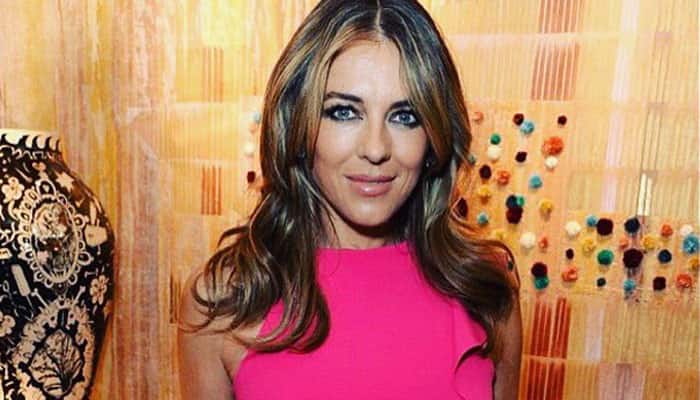 Mumbai: After Hollywood star Halle Berry surprised many by posting 'desi' moments from her Mumbai tour on social media, British model and actress Elizabeth Hurley is also coming to the country's financial and film capital here.

According to a well-placed source, Hurley, who was once married to Arun Nayar, a businessman of Indian origin, will be in India till November 17.

"She will be coming to Mumbai tonight or tomorrow. She will be in India till November 17," the source told IANS.

The reason which is bringing Hurley, who was last seen on the small screen in "The Royals", to India, has been kept under wraps.

Hurley's affair with India started when she got married to businessman Nayar at Umaid Bhawan Palace in Jodhpur in 2007.

Her marriage with Nayar didn't last long and ended with a divorce in 2011, but Hurley developed a special connection with the country, and keeps making short trips to India. She is also very vocal about her love for all the 'desi' things -- from her admiration for ethnic outfits to shopping for antiques in the country.

Her TV show "The Royals", based on the lives of a fictional British royal family, has also featured actors with roots in India, and shown Hurley draped in a sari. The fourth season of the show will be coming soon on Indian television on Colors Infinity.

In January this year, Hurley took to Instagram to share moments from her Mumbai trip with her son Damian. The 52-year-old star posted an image from her beach day out, in which she was seen in a blue bikini.

At present, Hurley can be seen, through her Instagram feed, enjoying a vacation in the Maldives.

Meanwhile, Berry met actress-producer Dia Mirza to talk about cinema, climate change, children and her idea of happiness at an event in Mumbai.

Dia on Thursday shared a photograph of herself along with singer Ananya Birla and Berry.

"The world is getting smaller and girls are owning their place. Ananya Birla and I with the most amazing Halle Berry today," Dia wrote alongside the image, in which Berry is seen in a white ensemble.

"What a warm, intelligent, gracious woman. India loves you Halle! Can't wait to have you back. It was such a joy speaking with you," Dia added.