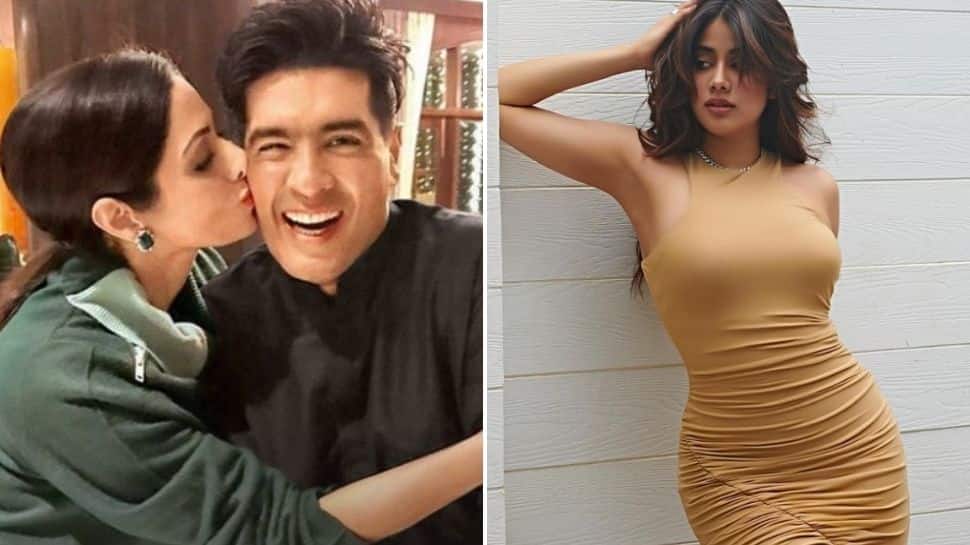 New Delhi: Bollywood actress Janhvi Kapoor recently took to social media to congratulate fashion designer Manish Malhotra on his new directorial venture with a throwback picture of her mother and late actress Sridevi and the designer. In the picture, Sridevi is seen giving Manish Malhotra a kiss on his cheek as he smiles for the camera. Along with the adorable post, she penned a sweet, inspiring message for him as well.

She wrote, "Congratulations @manishmalhotra05 on this new journey (red heart emoji) can’t wait for the world to see all the knowledge and love you have for films and see the magic that you create with it. It’s going to be so special." 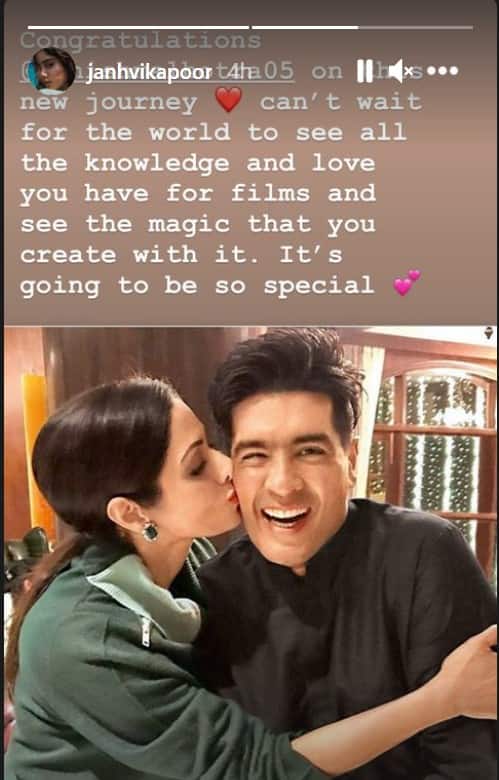 Earlier today, Janhvi Kapoor, who had worked with late actress Surekha Sikri in Netflix’s Ghost Stories, paid tribute to her with a social media post. She had put out an Insta story featuring the late actress from her young days and captioned it, “Surekha mam, a true legend. RIP,” with a heart emoji.

On the work front, Janhvi was last seen in horror-comedy 'Roohi'. The film also starred Rajkummar Rao and Varun Sharma in pivotal roles. The film received a warm reception from one and sundry. Also, her peppy dance number 'Nadiyon Paar' became an instant hit with the masses. She will next be seen in 'Good Luck Jerry', 'Takht' and 'Bombay Girl'.