Anita took to her Instagram handle and shared a breathtaking picture of Janhvi wearing a classic floral saree which is from her brand AND. 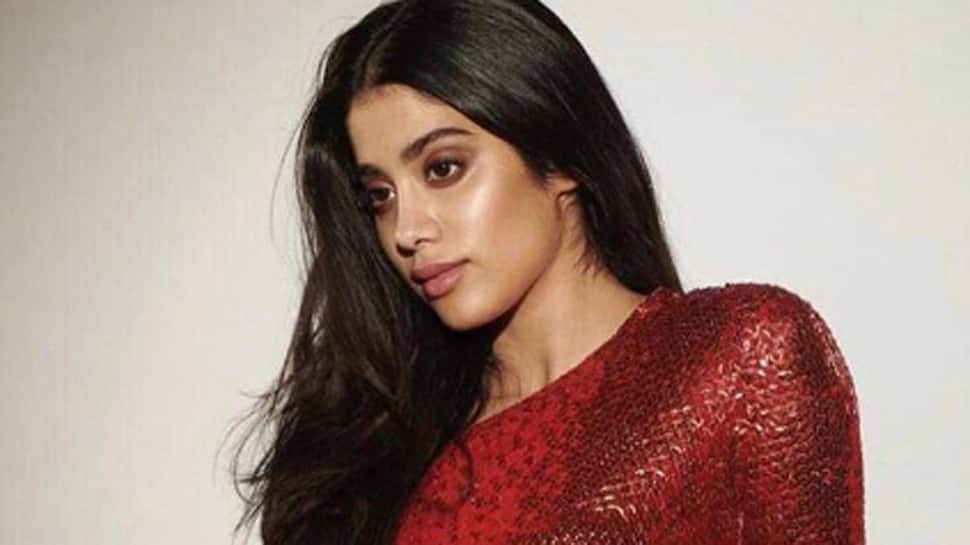 New Delhi: The young and happening Kapoor girl, Janhvi is slowly but steadily making the right kind of noise. The 'Dhadak' star recently turned muse for ace fashion designer Anita Dongre and we are loving what she wore for the photoshoot.

Anita took to her Instagram handle and shared a breathtaking picture of Janhvi wearing a classic floral saree which is from her brand AND. Janhvi donned a saree from her Meera collection.

On the work front, Janhvi has some meaty roles in her kitty.

Janhvi will be seen in Gunjan Saxena biopic for which she chopped off her long mane. Gunjan Saxena was the first female IAF pilot who helped evacuate injured soldiers in 1999 Kargil War. The film is reportedly a Dharma venture.

Janhvi is these days busy shooting for 'Roohi Afza' co-starring Rajkummar Rao and Varun Sharma. It's a horror-comedy by Hardik Mehta. The venture is produced by Dinesh Vijan and Mrighdeep Singh Lamba.