Bollywood actress Janhvi Kapoor made her much-awaited debut with Dhadak on July 20, 2018. The film, also starring Ishaan Khatter in the lead role, has completed a year today. 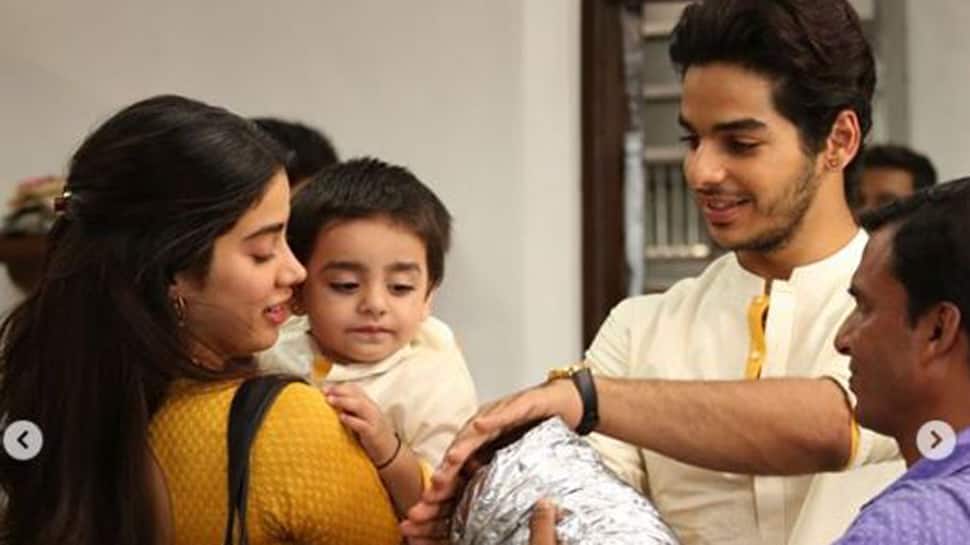 New Delhi: Bollywood actress Janhvi Kapoor made her much-awaited debut with Dhadak on July 20, 2018. The film, also starring Ishaan Khatter in the lead role, has completed a year today.

Reminiscing about her Dhadak days, Janhvi took to Instagram to post an emotional note. She wrote, "1 year of Dhadak. 1 year of Madhu and Parthavi. 1 year of this family, of your love, of all these memories and people that I will cherish my whole life and never let go of. Eternally grateful @karanjohar With this film you’ve given me a family, an opportunity and set me on a path I’ve always only dreamed of. Thank you for being my guiding light and @shashankkhaitan every step of this journey I looked up to you more and more. Thank you for everything you’ve taught me, for being there for me and for giving us more love than we could have ever hoped for. @ishaankhatter Mr. Madhukar Bagla, Nothing I say will be enough to sum up how happy I am that we went on this journey together and had each other to lean on, to argue with, and to find comfort in. love you team Dhadak I miss you’ll everyday!!."

Earlier in the day, producer Karan Johar also took to social media to share a snippet from the film. He captioned it, "It's one year already!! Two hearts, one heartbeat - that touched the hearts of many. This is what pure innocent love looks like, congrats to the entire team! from the movie."

The Shashank Khaitan directorial marked the Bollywood debut of the two of the most promising actors Janhvi Kapoor and Ishaan Khatter.

On the work front, Janhvi has a lot of interesting projects in the pipeline. The actress will be next seen in Gunjan Saxena biopic. She will also star in a horror-comedy Rooh-i-Afza, also starring Rajkummar Rao in the lead role. Apart from this, Janhvi also has Kjo's Takht in her kitty.