Jeremy Renner feels blessed to play make-believe for a living

He first got his full-fledged role in Marvel films with "The Avengers" in 2012. 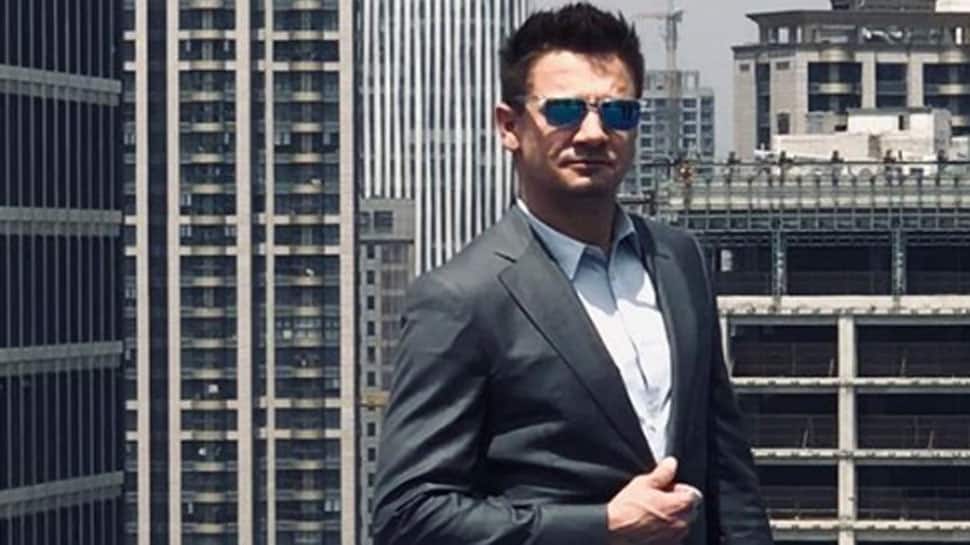 Seoul: Actor Jeremy Renner shot to fame with his role as the bow-wielding Hawkeye from the Marvel Cinematic Universe. He says he enjoys every moment of suiting up and essaying the mighty hero and feels blessed to play "make-believe" for a living.

He first got his full-fledged role in Marvel films with "The Avengers" in 2012 and went on to play Hawkeye in movies, including "Avengers: Age of Ultron".

"I like every moment (of playing Hawkeye). I like showing up on sets. I feel blessed to be able to play make-believe for a living. It's my job. I think the greatest takeaway will be my friendships over the last decade with not just the cast but guys like the first assistant director," Renner told select media, including IANS, here.

There is a buzz about his exit from the franchise that also stars actors like Robert Downey Jr., Chris Hemsworth, Mark Ruffalo, Chris Evans and Scarlett Johansson.

When IANS asked whether the forthcoming "Avengers: Endgame" will be his last Marvel movie, he said: "I don't know. I feel like there is never a last thing in Marvel. Marvel is a giant universe of storytelling. I don't believe there is ever a finish line. So, I would say no."

If not films, Renner's Hawkeye, an archery ace, might get his own series.

Renner was not part of last year's "Avengers: Infinity War" that saw its supervillain Thanos successfully turning half of the universe into dust.

"I just saw it and it bothered me. I felt glad that I wasn't in it. All the people turned into dust. That's terrible. I am so glad that I was on a vacation," he quipped.

The "Mission: Impossible - Ghost Protocol" actor also recalled the moment when he was cast as Hawkeye and the fear he had before joining MCU.

"I think it is just our lack of information or knowledge or ignorance towards certain event or thing that makes us fearful. When it comes to MCU, initially I thought 'I don't know if I ever want to be a 50-year-old in tights'. I remember that being a fear for me.

"I was finishing 'The Hurt Locker' and I was like.... 'I don't want to be in this costume when I am older. I am not sure how I'll be looking in tights'. So to address that fear...I guess I just had to keep trying on costumes and keep working out," shared the 48-year-old.