Their choices clearly show both actor John Abraham and filmmaker Nikkhil Advani have a keen interest in being a part of stories that revolve around national interest and real-life events. The duo's latest collaboration "Batla House" has again started a conversation along those lines among the common people, and they firmly state their brand of patriotism is different from the ‘nationalist attitude. 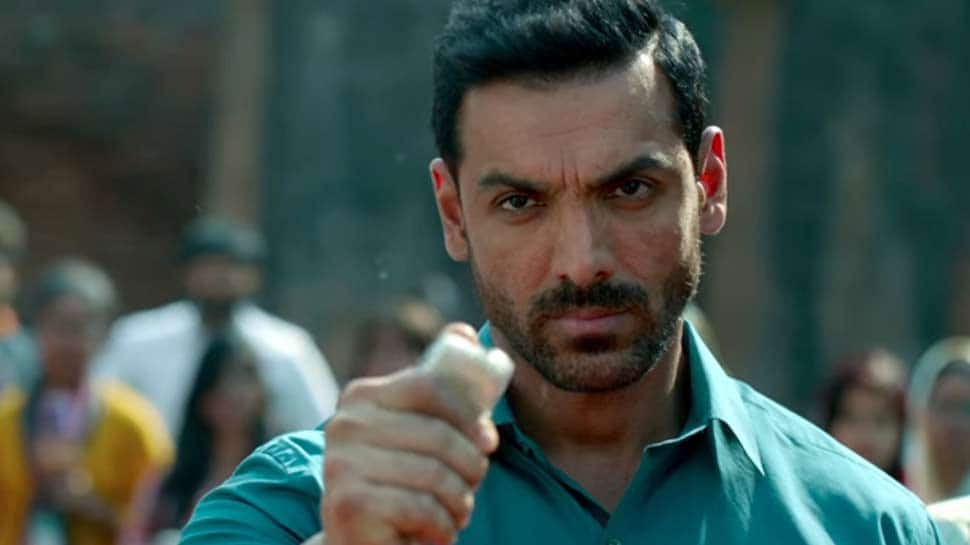 Mumbai: Their choices clearly show both actor John Abraham and filmmaker Nikkhil Advani have a keen interest in being a part of stories that revolve around national interest and real-life events. The duo's latest collaboration "Batla House" has again started a conversation along those lines among the common people, and they firmly state their brand of patriotism is different from the ‘nationalist attitude.

"There is a strong line seperating patriotism from jingoism. In our opinion, a patriot is one who celebrates the positive things of the country but at the same time is critical about things that need to be changed. A jingoist on the other hand is one who is blinded by the thought of nationalism and feel proud of everything -- the good as well as the bad -- and is not critical even about the negative things. As filmmakers and storytellers, we are patriots and our opinion reflects on our cinema," Nikkhil told IANS.

John agreed with Nikkhil. "He (Nikkhil) is absolutely right. (This is) One of the reasons why, over the past five years, filmmakers are making films on stories that have something to do with our national pride, our achievements and our story. Today's youth is proud to be an Indian," he said, adding: "There are those who are blinded aby everything we do, and that is called nationalism. A patriot is slightly different. He has a critical opinion on things that require a change to build a better society," the actor explained.

Nikkhil has been associated with films such as "D-Day", "Airlift" and the TV show "P.O.W. - Bandi Yuddh Ke", which are centred on patriotism and love for the nation, while John has touched upon the subject in films such as "Madras Café", "Parmanu: The Story Of Pokhran", "Satyameva Jayate", and "Romeo Akbar Walter" before "Batla House".

"Batla House" director Nikkhil added: "What resonates when it comes to patriotism can also express an opinion on animal welfare, on the costal road, on mob lynching and on sexual harassment -- things that are wrong and should be pointed out loud and clear. That is what differentiates between a patriot and a jingoist."

Did they get a chance to read the reviews or get any sort of feedback on the film?

"I did not get a chance to read all the reviews because I have been busy pushing the film to the theatre and the extra effort that our team has to put after the decision came from the Delhi High Court to change a few things," replied Nikkhil.

Justice Vibhu Bakhru of the Delhi High Court on Tuesday had disposed of an objection plea to certain scenes after the makers of "Batla House" agreed to make changes in the disclaimer and modify or delete scenes that the petitioners found objectionable. The plea, filed by Ariz Khan and Shehzad Ahmad -- accused in the Batla House encounter case -- is likely to come up for hearing next week.

According to Nikkhil, although the film released on August 15, they could not open in around 100 centres and that has affected a day's collection.

"Missing out on the business of a holiday is definitely a chunk of money but we will hopefully cover it over the weekend. We could have got a better opening but there is no point of complaining. Word-of-mouth reactions are helping us now."

Added John: "We had an opening-day target of Rs 18 crore but we managed Rs 14.59 crore rupees. It is not a bad number, but we had a bigger target. However, a story likes this is worth telling and people should experience the film."

Sharing his experience of delivering an intense performance, John said: "I was playing the very interesting character, who was a decorated police officer, and then suddenly he is called a murderer after the encounter. He went through a lot of psychological stress and his personal life is affected since his wife wants to a divorce. I enjoyed playing the layered character."

"I think John understood the script at a level that, in many scenes, he performed it better than I had imagined it. That is how we took the story to a note higher," smiled Nikkhil.