Kapil in his complaint gave a detailed explanation of how he met Preeti and her sister Neeti Simoes. 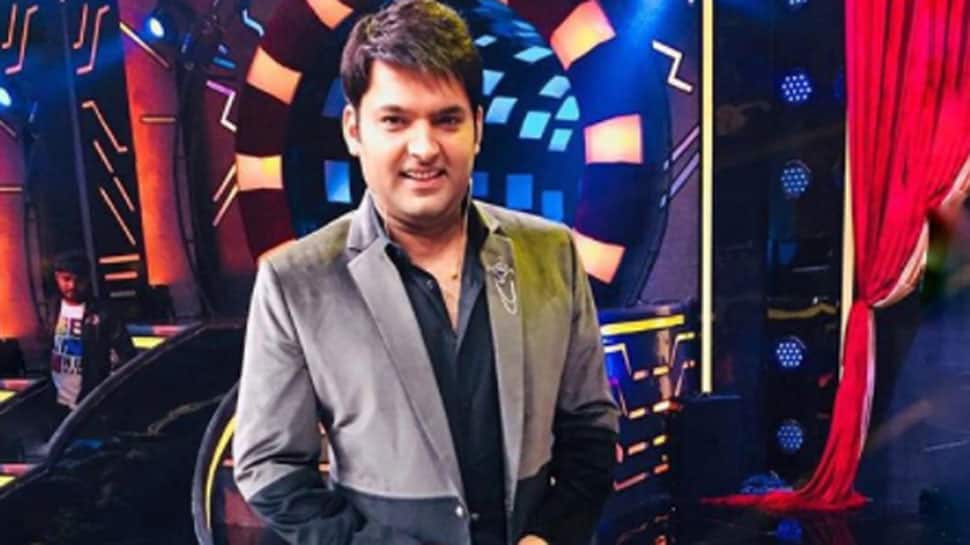 New Delhi: Ace comedian Kapil Sharma has found himself embroiled a controversy ever since his Twitter rant against a journalist and former managers Preeti and Neeti Simoes. Followed by which, his comeback show 'Family Time With Kapil Sharma' went off air.

For the uninitiated, Kapil filed a complaint against the news agency and its editor along with his former managers Preeti and Neeti Simoes. He tweeted the copy of his legal document, claiming that these people are trying to tarnish his image and pull him down. However, Preeti clarified her stand and in a shocking statement revealed that she is afraid that Kapil is suffering from depression and requires immediate medical help.

Kapil in his complaint gave a detailed explanation of how he met Preeti, her sister Neeti Simoes and hired them as managers during 'Comedy Nights With Kapil'. He alleged that the Simoes sisters tried to sabotage the show, leak information to a publication and spread the wrong word about him.

Here's a complete text of what Kapil told the Mumbai police in his complaint:

Kapil revealed that after starting off his production house named K9 productions, he was looking for a manager who could manage his work. And that's how Preeti Simoes entered 'Comedy Nights With Kapil'. She had previously worked with him in his earlier days at a different channel. Kapil said that he hired her as a manager and a coordinator and she used to handle all my professional deals.

Right from the shooting schedules to guest coordination--everything was managed by Preeti. And for that, I paid her Rs 2 lakh a month. Soon, I hired her sister Neeti as well and as the show became popular and the channel benefitted from it, I raised their salaries, he said.

During the show, the Simoes sisters were close to me and they knew everything about my personal and professional life.

" In 2013, a girl named Anushree was hired as a talent manager for my show but after Simoes sisters insisted I fired her in 2016. Preeti and Neeti told me that Anushree charges money from people for coming on the show but once I met her at some programme and she instead revealed that Simoes sisters were actually doing it. She told me that they charge money from the people who want to sit in the audience and the rates vary depending on which row. People who sit in the front row are charged more."

Kapil in his complaint mentioned, "Preeti and Neeti were responsible for handling the celebrity guests and letting me know every detail beforehand but due to their lack of coordination and not informing me on time, several celebs were left miffed with me. They also tried to create misunderstanding about me and my other fellow actors."

He alleged, " Due to Preeti and Neeti's miscommunication, I suffered a lot as many celebs were upset with me and this hampered my public image. And surprisingly, all of this was told to me by Anushree. I realised that people I trusted the most were trying to pull me down and tarnish my image and my teammates were scared to tell me fearing a job loss."

"In 2016, I warned them to improve their work. However, soon after that, we had an argument and the Simoes sisters quit the job. But they came back to me after three days saying let bygones be bygones and we must work together. Again I found out that they are trying to hamper my work and after a heated exchange, they left the show in March 2017."

"Soon after their exit, a leading entertainment portal started publishing negative and false stories about me which would hamper my image in the industry. In September 2107, one of my close friends Gurjot met Preeti in a cafe where they talked about me and my work. Gurjot told me that in order to take revenge from me, Preeti has leaked the info to the entertainment portal. When my friend asked her not to do such things, she demanded Rs 25 lakh for it. The portal continued to carry negative stories about me and it affected my work."

"Meanwhile, the portal still continued with its negative stories about me and on April 6 I called Preeti but she did not respond. After that, I took the number of the journalist from Neeti, who Whatsapped me. I called the guy and soon it became heated. I contacted my lawyer Tanveer Nizam and decided to file a police complaint. My managers, Preeti and Neeti Simoes have tried to malign my image and hamper my work. They also tried to create misunderstanding between me and my fellow actors. the journalist spread negative stories about me which affected my mental health. The trio demanded Rs 25 lakh from me and this left me with no choice but to file a police complaint."

The complaint was originally in Marathi.