This BTS video will make you fall in love with Katrina! 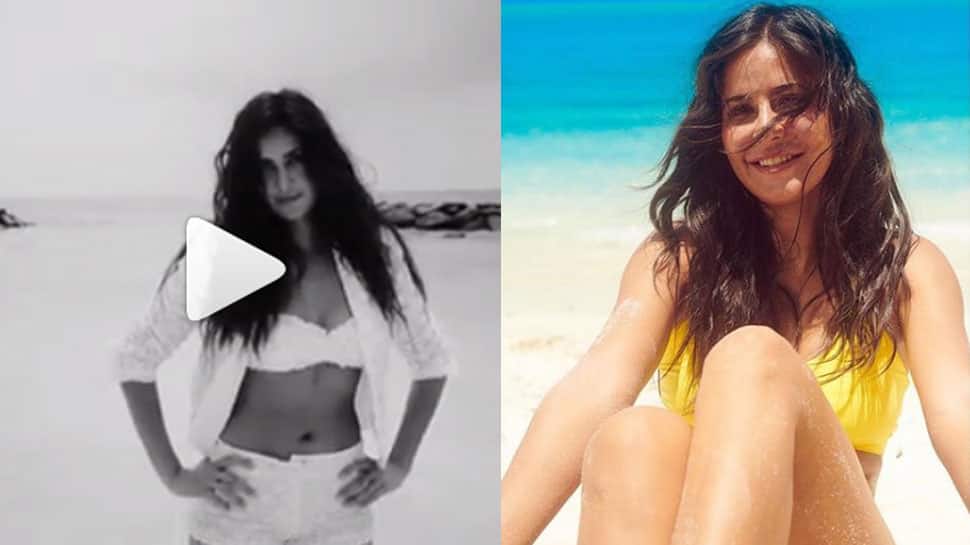 Bollywood actress Katrina Kaif turned cover girl for 'Elle' magazine recently and looked alluring in a white bikini top, blue trousers and overcoat. Her wavy hair and intense look added drama to the entire outfit. Kat has been sharing pictures from her shoot and she raises the mercury with every new pic.

However, this BTS video of her from the shoot will make you fall in love with the actress!

Isn't she an absolute head turner? The actress has an ocean of fans who love to know more about her and eagerly await her social media posts.

Katrina has been treating fans with stunning pictures ever since she made her Instagram debut in 2017. The actress's fans were elated beyond measure to see her on the social media app and the diva has more than 21 million followers presently.

Her upcoming film 'Bharat' has been high on the buzzword ever since it was announced and stars Salman Khan opposite her. The film is helmed by ace director Ali Abbas Zafar re-unites the trio of Kat, Ali and Bhai after their previous super hit 'Tiger Zinda Hai' that released in 2017.

Recently, the song titled 'Aithey Aa' was unveiled in which Kat's attempts at wooing Salman were loved by all. The peppy Punjabi track has received a warm response and people are in love with the actress's killer dance moves.

'Bharat' also stars Disha Patani, Nora Fatehi, Varun Dhawan and Tabu, to name a few. Because of its stellar star cast, gripping trailer and entertaining songs, expectations are soaring high from the film.

It will hit the silver screens on June 5.

Something 'strange' happens with Nora Fatehi at Delhi airport—Watch