Kriti Sanon was recently seen outside her gym in Mumbai. She had that million-dollar smile on her face as the paps clicked her pictures.

New Delhi: Bollywood actress Kriti Sanon makes heads turn whenever she is spotted in public. Be it on a casual Sunday brunch, an awards show, or simply outside her gym, Kriti knows how to dress for every occasion. The stunner was recently seen in Mumbai, outside her gym and was snapped by the paps.

The actress wore a black crop top and jeggings with matching shoes. Her hair were tied up in a messy bun and black sunglasses completed the look. 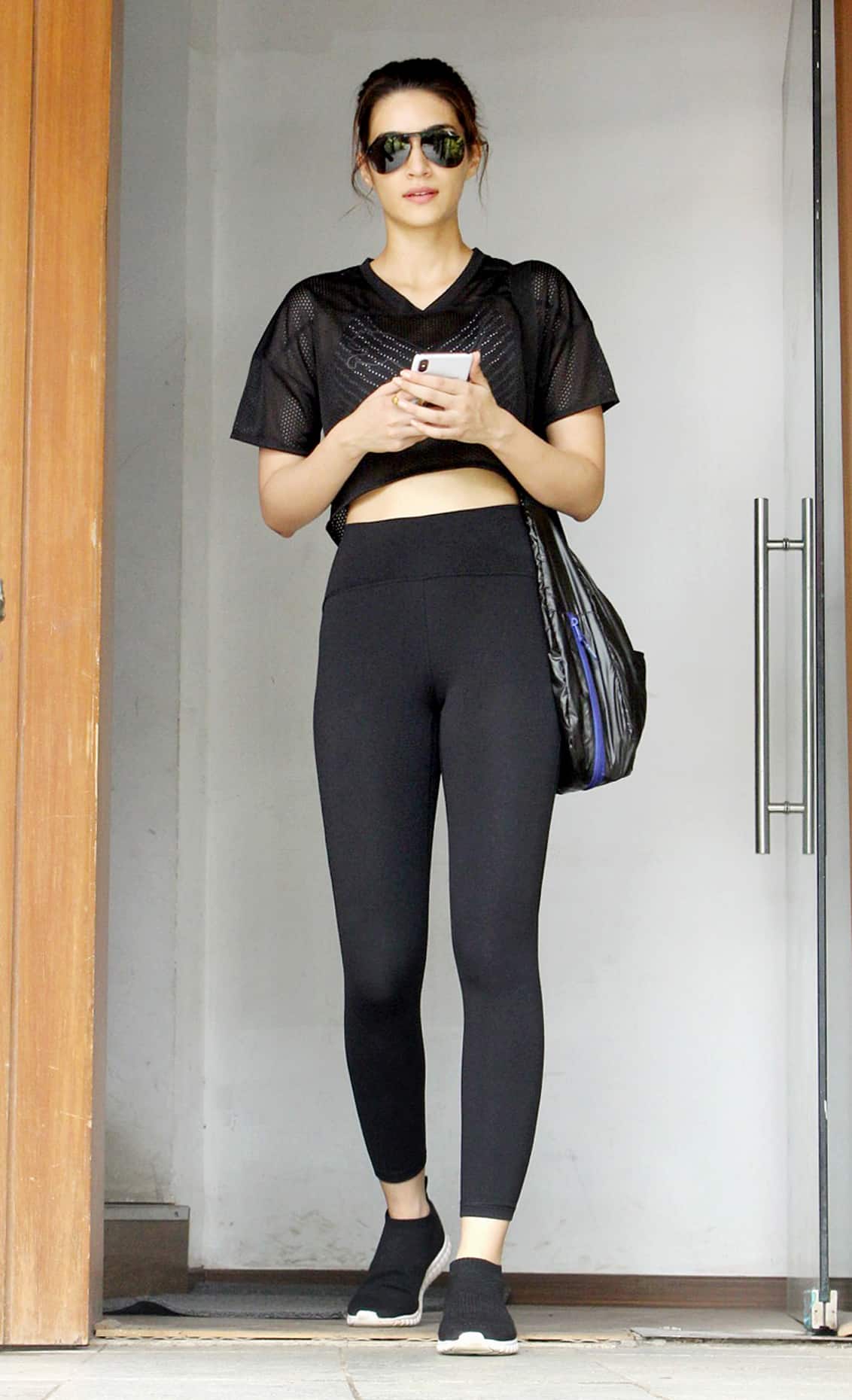 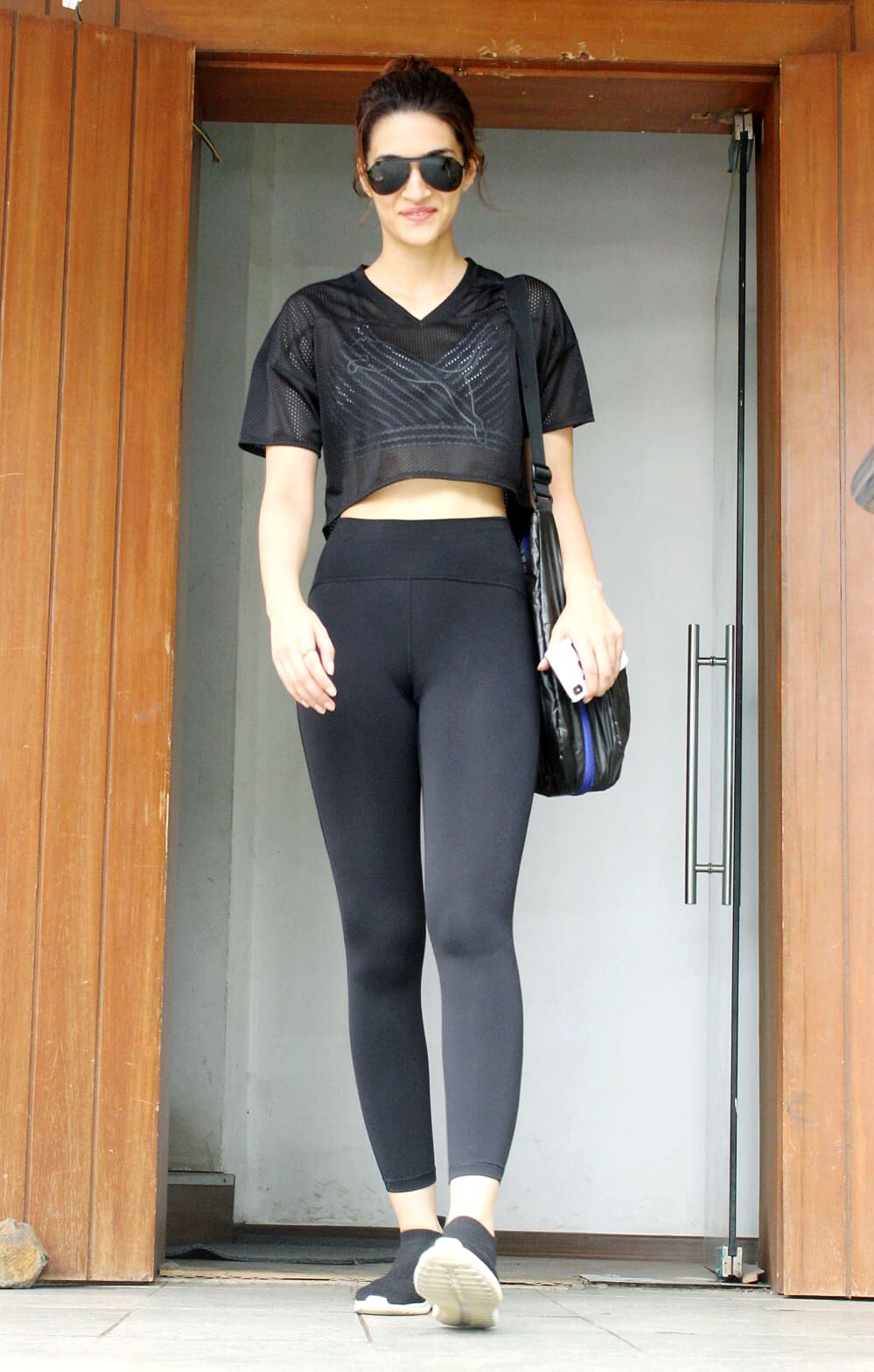 Kriti is known to be a fitness freak and works hard to maintain her perfectly toned body. She was seen flaunting her washboard abs on the latest cover of 'Filmfare' magazine and fans still can't stop going gaga over her.

The 'Luka Chuppi' actress has a huge fan pool—with over 24 million followers on Instagram.

On the film front, she has Ashutosh Gowarikar's ambitious project 'Panipat' in the pipeline. The film also stars Sanjay Dutt and Arjun Kapoor and is slated to release in December this year.