The 51-year-old actor paid tribute to the late legendary actor on her 86th birth anniversary. 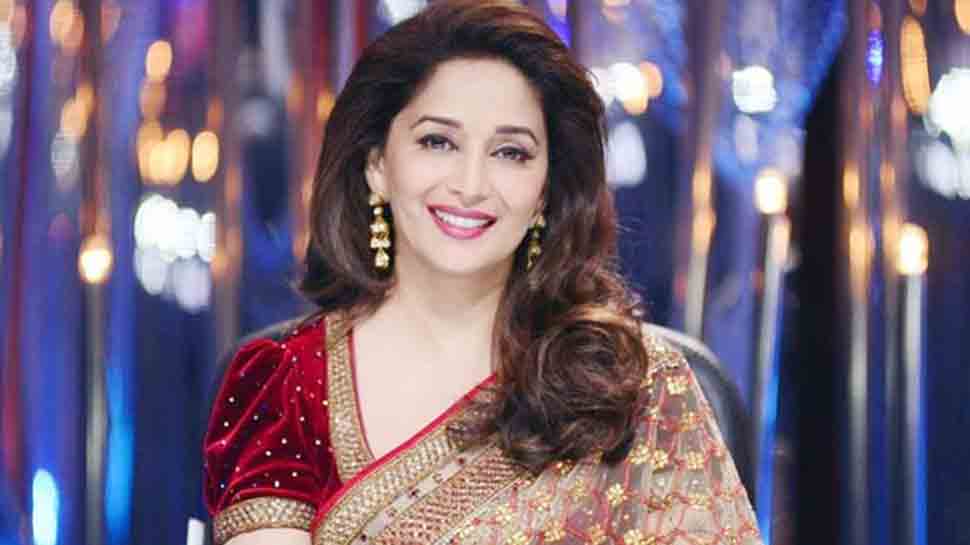 New Delhi: Widely known as 'The Marilyn Monroe of Bollywood', Madhubala is sorely missed by millions of her fans. Madhuri Dixit proved that she too is one of them with her latest post today.

The 51-year-old actor paid tribute to the late legendary actor on her 86th birth anniversary. Madhuri reminisced the time when she re-created one of Madhubala’s iconic performances.Madhuri also shared how the evergreen actor won her heart ever since she was a little girl.

Dressed up like the late actor, Madhuri shared a photo of her alongside a heartfelt note on her Twitter handle that read, "A smile that won millions of hearts! #Madhubala ji's mystical on-screen presence won my heart ever since I was a little girl. It was an honour to re-create one of her iconic performances and continue her glorious legacy. Remembering the eternal shining star on her birthday."

In the snap, Madhuri looks beautiful as ever in an ethnic outfit coupled with stunning traditional jewellery, trying to recreate Madhubala’s iconic pose with a dupatta on her head. Known for her beauty, personality and sensitive portrayals of women in various films, Madhubala, or Mumtaz Jehan Begum Dehlavi was raised in a town located near the Bombay Talkies film studio.

Raised in the slums of Bombay, she supported her family as a child star and soon became a leading actor known for her elegance on screen and her brilliant acting abilities. In 1947, she landed the lead role in Neel Kamal at the age of 14, taking the name Madhubala.

She famously fell in love with actor Dilip Kumar, her co-star in the 1960 classic 'Mughal-E-Azam'.

Her character as Anarkali and the chemistry between the two is still remembered and etched in millions of hearts across the country. Appearing in over 70 films over the course of a tragically brief career, Madhubala was called "The Biggest Star in the World" in 1952 by Theatre Arts magazine.

Madhubala's career and life was cut short when she breathed her last on February 23, 1969, due to prolonged illness.Meanwhile, Madhuri, on the work front, will be next seen in 'Total Dhamaal' and 'Kalank'.