Manushi was named the winner at the Miss World gala in Sanya, China on Saturday. 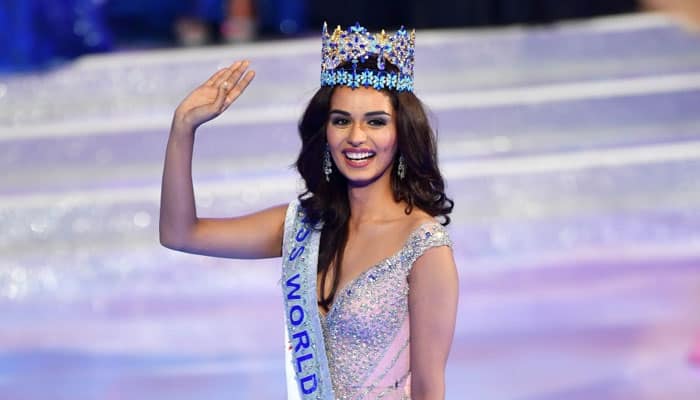 Best wishes to Manushi Chhillar for winning the Miss World title. May this inspire every young woman in our country to achieve her dreams, in whichever field she chooses

Congratulations @ManushiChhillar! India is proud of your accomplishment.

Congratulations @ManushiChhillar ! We are proud of you !#MissWorld2017

And we have a successor!Congratulations @ManushiChhillar on becoming #MissWorld2017.. cherish and learn, and most importantly enjoy it.Bravo

Beauty.. Brains.. Sports you name it and #HaryanaGirls are proving themselves.. Another won brings glory to #India #MissWorld2017 #ManushiChillar you rocked it.. Congrats https://t.co/v7U3QkhvWN

#ManushiChhillar is jewel of Haryana who made India proud by winning Miss World after 17 yrs.Salute to Girl Power in Haryana @mlkhattar pic.twitter.com/dM2uKBGe6n

Born in 1997 to doctor parents in Haryana, which once ranked the worst among all states in sex ratio in India, Manushi was named the winner at the Miss World gala in Sanya, China on Saturday.

Manushi is the sixth Indian to win the title and the first since Priyanka Chopra won the crown in 2000.

"The feeling is still sinking in and I am very excited to make India proud too. I'm also looking forward to the year ahead," Manushi said in a statement after the win.

"My parents have always been my pillar of support and having them here tonight by my side has only brought me more strength and joy.

"My final answer also came to me by having them here with me in front of me," said Manushi, whose family members, including a brother and a sister, were present at the gala.