Miranda Kerr fine with having 'mum-bod' 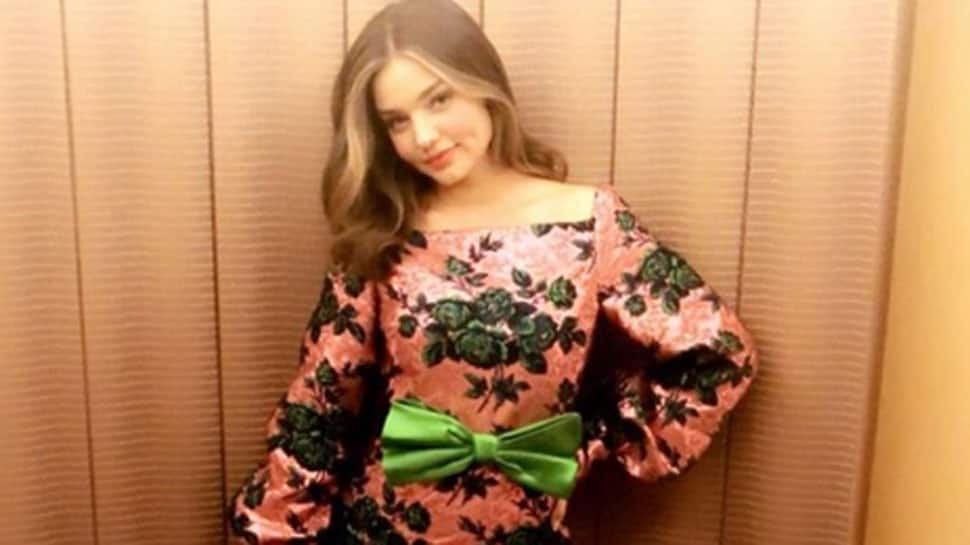 Los Angeles: Model Miranda Kerr says being a mother is the most rewarding thing and she doesn't mind having a "mum-bod". The former Victoria's Secret Angel opened up to Marie Claire Australia about motherhood, reports eonline.com.

Kerr and her husband Evan Spiegel welcomed their first child together in May: a son named Hart.

She also has a seven-year-old son named Flynn Christopher Bloom, whom she had with her former husband Orlando Bloom.

She said: "It's such a luxury to be able to be settled, to be in one place and have routines."

Kerr is also fully welcoming her post-baby body. She said: "I've got a mum-bod and it's fine."

She also discussed the value in taking time for self-care and treating one's body right, especially after having a child.

She added: "It's really important as women that we're gentle with ourselves and don't feel like we have to snap back into shape after a baby."

Kerr also doesn't really care that her chiseled abs aren't fully visible at the moment. "I don't mind," she said. "It's all part of it. I took nine months – well, 10 months – to grow a beautiful child and it might take 10 months to feel good in a swimsuit again. Or longer. Or never!"

Deepika Padukone's viral pic from her wedding party in Mumbai shows she can pull off anything!