The stunning diva was asked a question regarding a country-wide lockdown and whether that is a good strategy for countries considering its strain on the economy. 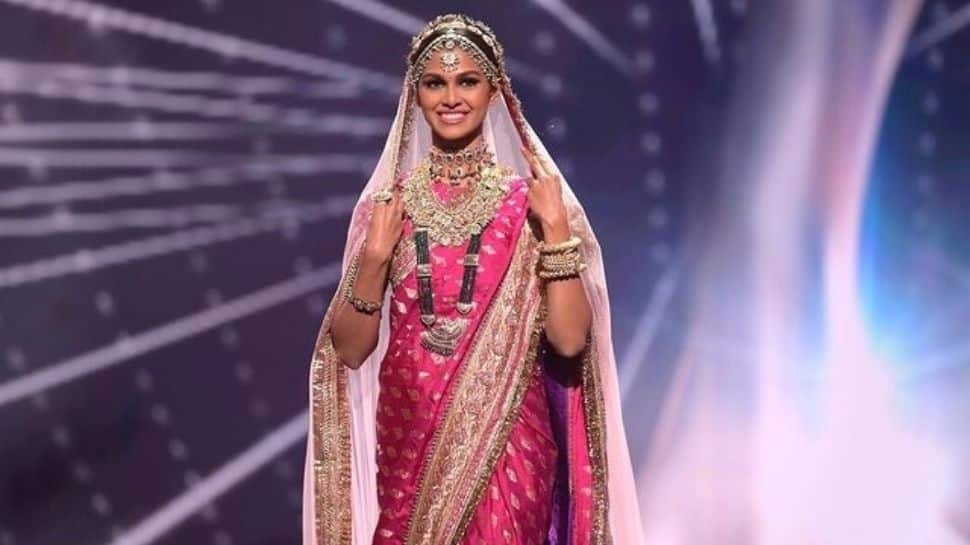 New Delhi: India's contestant at the Miss Universe pageant - Adline Quadros Castelino made it to the top 5 contestants along with Brazil, Mexico, Dominican Republic, and Peru. The stunning 22-year-old was the third runner-up at the coveted event and made her country immensely proud.

One of the most exciting parts of the Miss Universe pageant is the question-answer round where we get to hear the big ideas, thoughts, and opinions held by these powerful young women. Adline also gave a balanced and pensive answer to the question she was asked, proving her worldly knowledge.

The stunning diva was asked a question regarding a country-wide lockdown and whether that is a good strategy for countries.

"Should countries lockdown due to COVID-19 despite the strain on their economies or should they open their borders and risk a potential increase in infection rates?", the CEO of Arena Del Rio, Tatyana Orozco asked Adline.

To this Castelino replied, "Goodevening Universe, well, coming from India and witnessing what India is experiencing right now. I have realized something very important that nothing is more important than the health of your loved ones and you have to draw a balance between economy and health. And that can only be done when the government works with the people hand-in-hand and produces something that will work with the economy. Thank you."

The audience was quite impressed with her answer and applauded her for it as well.

In her final statement, Castelino spoke about free speech and the right to protest.

Have a look at what she said:

She said, "Free speech and the right to protest. The right to protest, we've seen many protests in the recent days, especially I want to point out the protests that women have made throughout the years with equal rights and till today, we lack in them because protest helps us to raise our voice against what's happening against inequality. It helps minorities in any democracy to raise their voice so the protest is very important. But what's not important is when you use it, because with every right comes a responsibility so, use it with power, Thank you."

The Miss Universe finals were held at the Seminole Hard Rock Hotel & Casino in Hollywood, Florida.