Akash and Shloka are all set to enter the matrimony on March 9, 2019. 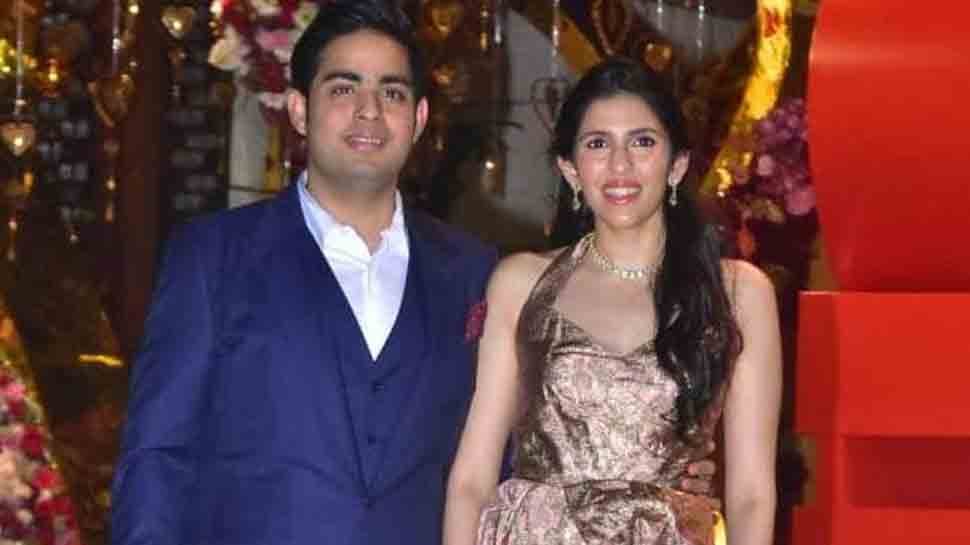 New Delhi: It's official! Akash Ambani, the oldest son of Mukesh Reliance chairperson Mukesh Ambani and Nita Ambani will be tying the knot with Shloka Mehta, daughter of Russell and Mona Mehta on March 9, 2019. The official wedding card has been released and is trending on social media.

The royal wedding card contains a handwritten, heartfelt note by Akash's parents Mukesh and Nita for their future daughter-in-law, Shloka.

Here's what it read:

"With prayers to Lord Krishna, with the blessings of our parents, and with immense joy and happiness, we invite you to the marriage of our beloved son Akash with his soulmate Shloka.

Marriage is a bond made in heaven, an eternal promise of love and companionship. As Akash and Shloka turn their childhood friendship into eternal love, they also turn our long and deep friendship with Mona and Russell into the loving bond of family.

We are overjoyed to welcome Shloka in our family as our dearest daughter-in-law; and we wish her and Akash the most glorious life together.

As parents, our wish for them is their love to grow stronger. Their friendship deeper and their smiles brighter, every single day. May their path ahead be abundantly and eternally blessed.

As Akash and Shloka set forth on this divine journey, we look forward to celebrating this most joyous occasion with you and creating memories that will last us a lifetime.

We seek your blessings and good wishes for our children.

With love, affection, and our warmest regards.

Here's what the wedding card of Akash and Shloka looks like:

A beautiful video of the wedding card of Akash Ambani and Shloka Mehta pic.twitter.com/hPgbzhf0fY

Akash proposed to his childhood friend Shloka Mehta in Goa on March 24, 2018, and the news spread like fire. The duo in the presence of the families had a beautiful celebration followed by a star-studded bash in Mumbai. Later, days after the Goa proposal, the Ambanis visited the famous Siddhivinayak Temple in Mumbai to seek divine blessings of the lord for the new beginnings.

Shloka is the daughter of diamond magnate and managing director of Rosy Blue, Russell and Mona Mehta. Akash and Shloka did their schooling together at Dhirubhai Ambani International School before eventually falling in love.

After finishing schooling in 2009, Shloka went on to study anthropology at Princeton University and did her masters in law at the London School of Economics and Political Science. At present, she is the director at Rosy Blue Foundation. She is also a co-founder of ConnectFor, which matches volunteers with NGOs that need them.