Nora, who has also produced the song can be seen taking charge of things on the sets as a producer besides featuring in it. 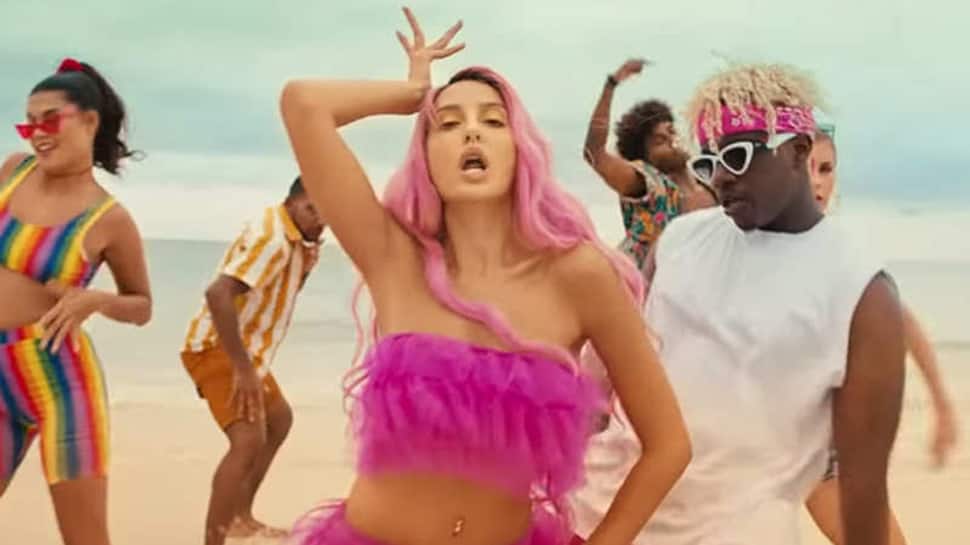 New Delhi: Nora Fatehi is a popular name on social media. Moroccan beauty has become the most sought-after faces when it comes to dance numbers. To boast of, she has superhit tracks such as 'Dilbar', 'O Saki Saki' to her credit. Some time back she even released her song titled 'Pepeta'.

The song received a warm reception from fans and now the stunner has released a BTS (behind-the-scenes) video of how it all got made. In her caption on Instagram, she wrote: “Watch the craziness unfold as I turn producer for my song Pepeta! link is in my bio! Head over to my Youtube channel to watch what it takes to put an entire international music video together with my amazing team #pepeta”.

Nora, who has also produced the song can be seen taking charge of things on the sets as a producer besides featuring in it.

The song is choreographed by Rajit dev while the lyrics are penned by RayVanny, Raja Kumari, Amaar baz and Ebraheem Baggash. This is Nora's second international track. She has also lent her voice for a few lines in the song.

The actress was last seen in a cameo role in Salman Khan starrer 'Bharat' which released on Eid, June 5, 2019.

Nora will be seen in ace choreographer turned director Remo D'Souza's 'Street Dancer 3D'. Varun Dhawan and Shraddha Kapoor play the leads in the movie while Nora has a pivotal part.

It is produced by Bhushan Kumar for T-Series and will hit the screens on January 24, 2020.