Born in Morocco as Nadir Khayat, he immigrated to Sweden at the age of 19, to chase his dream of becoming a musician. 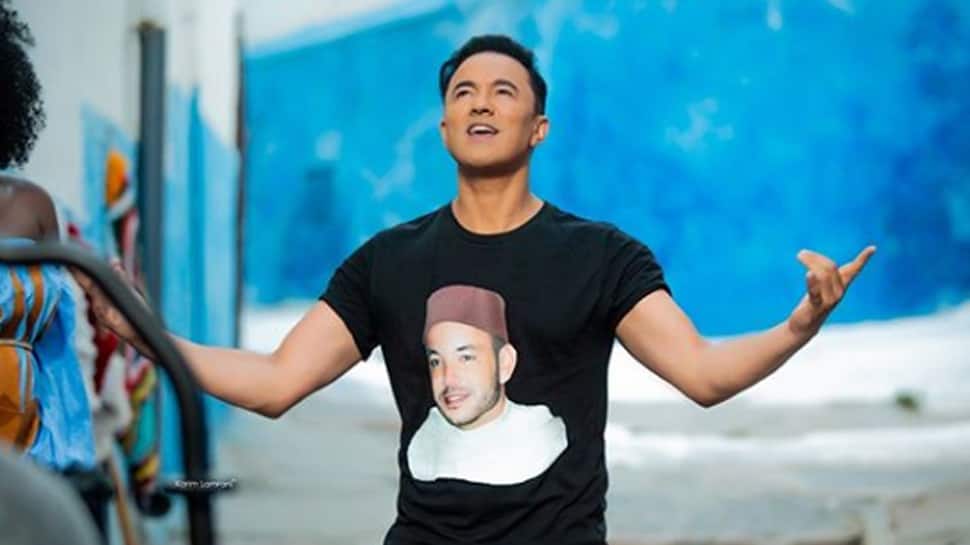 Mumbai: From Jennifer Lopez, Pitbull, Shakira and Lady Gaga to our very own Priyanka Chopra, singer-songwriter and record producer RedOne has collaborated with them all. The three-time Grammy Award-winner was in India over the weekend to explore the opportunity of multiple projects including a film, live stage shows and artiste collaborations.

"This visit of three days is my way to explore the opportunity and I have interacted with some of the talents here. Since I haven't zeroed down on the matter, I cannot take names. But I have got a positive response, and people are interested in collaboration. My company, RedOne Production, plans to produce a film where India will be a big part of the narrative. I am also planning a few live stage shows besides artiste collaborations," RedOne told IANS here.

Born in Morocco as Nadir Khayat, he immigrated to Sweden at the age of 19, to chase his dream of becoming a musician. He has been well exposed to Indian cinema and music, he said, adding that he understands the business possibility in upcoming collaborations.

"Being a Moroccan, we have grown up watching Indian cinema and listening to Indian music. I have watched legends as Amitabh Bachchan and, later Shah Rukh Khan and Salman Khan. We see how they are adding value to a film, they are legends and in the business of entertainment for so long. And I know that. When it comes to America, slowly but surely people are becoming aware of all kinds of Indian cinema. Bollywood is popular there. So, it is an interesting and vibrant space for potential business -- a collaboration between three countries!" added the artiste who bagged Grammy award for "The fame", "Poker face" and The fame monster'.

RedOne recalls working with Priyanka Chopra on her singles "In my city" and "Exotic" as a delightful experience.

"When I met Priyanka, we connected instantly because there is a similarity between Indian and Moroccan culture. We are happy, open, and loud people. When I and Priyanka met, it was like two people from third world countries meeting each other! (laughs). We chatted about food, weather and every other thing apart from music because those are equally important," he recalled.

RedOne added: "Since Priyanka was already a successful star in Bollywood, she was quite confident about the collaboration. She trusted me a lot. While everybody calls me RedOne, she would call me Nadir!"

Sharing his memory of working with Lady Gaga, he said: "I met her as a raw talent and she got me ideas on what kind of sound she wants to work on…I created that sound that was not existing. She is a genius with her writing, with her lyrics. So it was a perfect marriage of sound and poetry."

What is the best observation he had from these celebrated artistes?

"People like Priyanka Chopra, Lady Gaga and the other artistes I have collaborated with are admired by the world for a reason. Their success is not just by chance or luck. They are either born talented or they acquired extraordinary skill after practising for years. When I work closely with them, I realise that," said RedOne.

Whether it is Akon, Mariah Carey, One Direction, Marc Anthony, Jennifer Lopez, Lionel Richie or Mohombi, RedOne has collaborated with many icons in the world. According to him, every artist is different, and the collaborative process not only gives him the chance to grow as a creative mind but also helps him understand human beings better.

"As a music producer and songwriter, I design an artiste's creativity to present it beautifully, so that the world loves their music. Of course, there are a lot of pressure on every international artiste to make a difference and so there is much competition out there. But when we create music, I try and create a conducive space where creativity can flourish," said the music producer who has received 10 Grammy nominations till date.