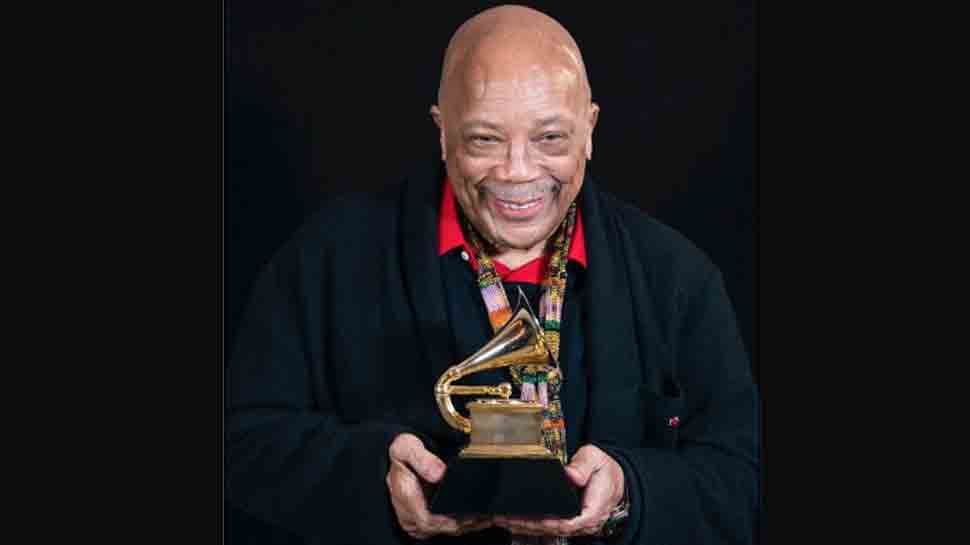 Los Angeles: Composer and record producer Quincy Jones won his 28th Grammy Award, making him the living artist with the most trophies in Grammy history. His daughter Rashida registered her first win.

He has won Grammys in more than 10 categories over his nearly 70-year career, but his win for "Quincy" is his first award for best music film. The award is also his first in 17 years, with his last win coming in 2001 for best spoken word album, "Q - The Autobiography Of Quincy Jones".

"Quincy" hit Netflix in last September, focusing on the music legend's extraordinary life and achievements in both the music and film industries.

His daughter Rashida Jones served as co-director and co-writer on "Quincy" alongside Alan Hicks.

For Rashida, it was her first Grammy win.

The actress, writer and director said backstage she never expected to win a gramophone trophy of her own.

"It's so nice I get to share this with my dad. This is his 28th Grammy. To have my first be his 28th, I will take it! I'll take it," she said on Sunday night, according to nydailynews.com.

Late conductor Georg Solti holds the record for most Grammy wins of any artist, winning 31 awards before his death in September 1997.

Quincy's 2019 win put him one Grammy ahead of Alison Krauss, who is the third winning-most artist at 27.