The duo walked in together at Sonam Kapoor and Anand Ahuja's gala wedding reception held at The Leela, Mumbai. 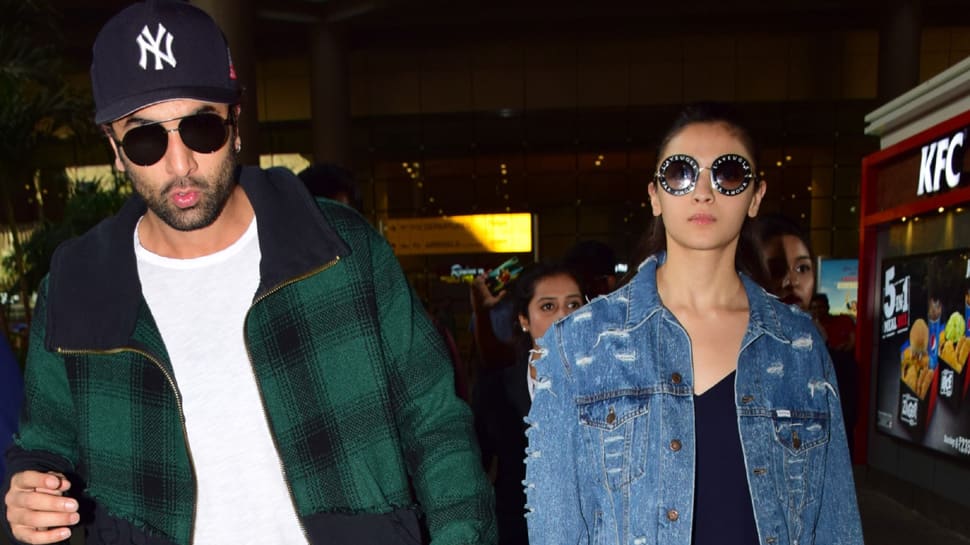 New Delhi: The dashing superstar Ranbir Kapoor and talented young actress Alia Bhatt have returned from their brief vacay to the NYC. A few days back, the internet was buzzing with pictures of the duo posing with the Kapoor Khandaan together.

Alia and Ranbir made heads turn at the Mumbai airport where they returned together sending paps into a tizzy. Check out some of the photos:

The couple ushered in the New Year together and are now back to bay!

Last year, the Kapoor lad in one of this interviews with GQ India magazine did talk about their affair being 'new' and very subtly accepted about them being a couple.

Ranbir Kapoor and Alia will be seen in 'Brahmastra' together. The film is helmed by Ayan Mukerji. Karan Johar had announced the first part of the adventure trilogy a few months back. It features megastar Amitabh Bachchan and television's favourite 'Naagin' Mouni Roy in pivotal parts.

Ever since Ranbir and Alia started working together on 'Brahmastra', rumours about their alleged affair caught fire. The rumour of them being a couple gained ground after ace designer friend Manish Malhotra spilled the beans on 'BFF's with Vogue', hinting at their possible 'hook up in 2018'.

The duo walked in together at Sonam Kapoor and Anand Ahuja's gala wedding reception held at The Leela, Mumbai. They came, happily posed and left—adding more fuel to them being a couple.

Most of my films are enjoyed across age groups: Alia Bhatt