After basking high with the success of her recently released film Shershaah alongside Sidharth Malhotra, Kiara Advani is all set to rock with South actor Ram Charan in a yet-to-be-titled film. 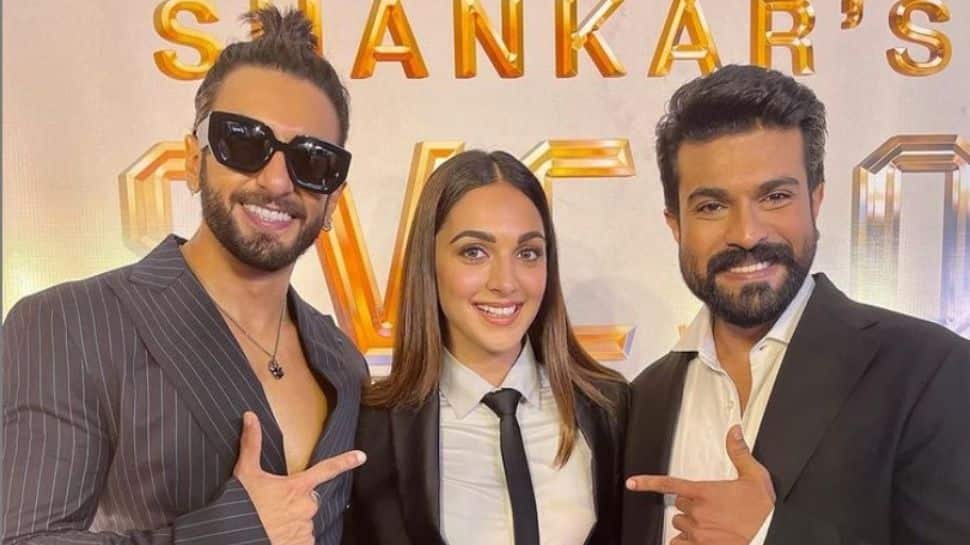 New Delhi: After basking high with the success of her recently released film Shershaah alongside Sidharth Malhotra, Kiara Advani is all set to rock with South actor Ram Charan in a yet-to-be-titled film.

The film is already creating a lot of buzz on social media as it will be reported to be a political thriller and is directed by S Shankar and produced by Dil Raju.

So on Wednesday, a grand launch event was organized in Hyderabad which was not only graced by the cast of the film but also surprisingly, by other biggies which were like the icing on the cake.

The special guests who made the event more interesting were Ram Charan's father, actor Chiranjeevi, Ranveer Singh and SS Rajamouli.

Kiara took to her Instagram handle and shared the picture with her fans. She wrote, “It Suits us.”

In the picture, Kiara and Ram Charan were seen synced in black suits while posing for the shutterbugs. Along with them, we can also witness Ranveer Singh who was seen opting for his unique style where the actor also opted for a suit with no shirt inside. His different and unique style statement always manages to hog the limelight.

She also shared a video collage on her Instagram handle, in which S Shankar, Chiranjeevi, SS Rajamouli, and Kiara can be seen posing together during the grand launch event.

Ram Charan also took to his social media and shared an official first poster from the film and wrote, “To new beginnings !!

For the unversed, Ram Charan will be next seen in SS Rajamouli's RRR. The film also stars Ajay Devgn and Alia Bhatt in pivotal roles. The film is all set to hit the theatres in October this year.

When Asha Bhosle wanted to quit singing and become a housewife after marrying Ganpatrao Bhosle!