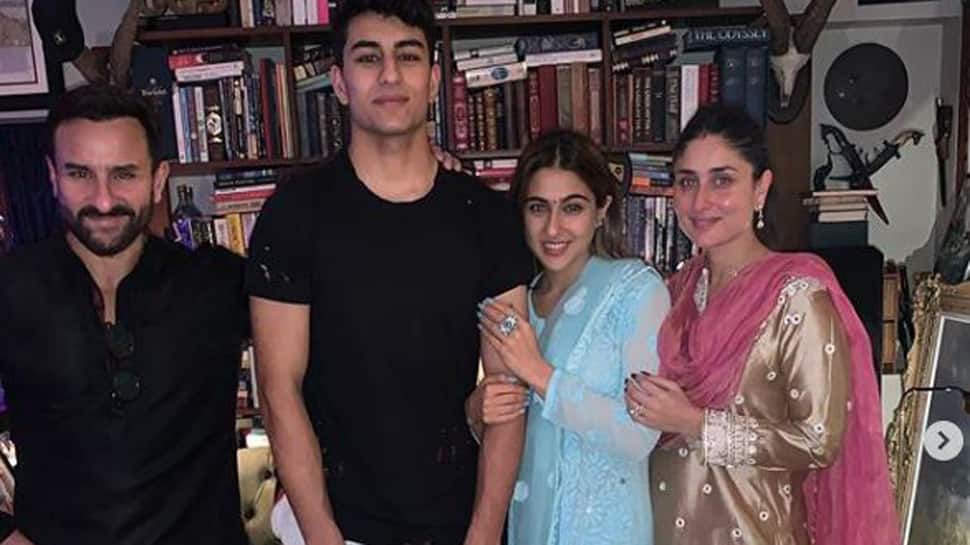 The pictures feature Sara, Ibrahim Ali Khan, Kareena Kapoor, Saif Ali Khan and little Taimur. While Saif and Ibrahim twin in black, Sara looks beautiful in a blue salwar kameez and Bebo looks glamorous in gold and pink suit. Taimur, who is seen in casuals, doesn't seem to keen to get clicked.

Sara also posted a picture with dad Saif and they look like the cutest father-daughter duo ever! The young actress has been pulling off different looks for Diwali parties. A picture of Sara in a Bandhani saree was a hit on social media.

Daughter of veteran actress Amrita Singh and Saif Ali Khan, Sara ventured into the film industry with Abhishek Kapoor's Kedarnath. Her debut performance got her many awards and offers thronged her way soon after.

The actress will be next seen in Imtiaz Ali's Aaj Kal alongside Kartik Aaryan and Coolie No 1 opposite Varun Dhawan, which is being directed by David Dhawan.