The stunner of an actress has been appreciated by the fans and critics alike for her performance and craft. 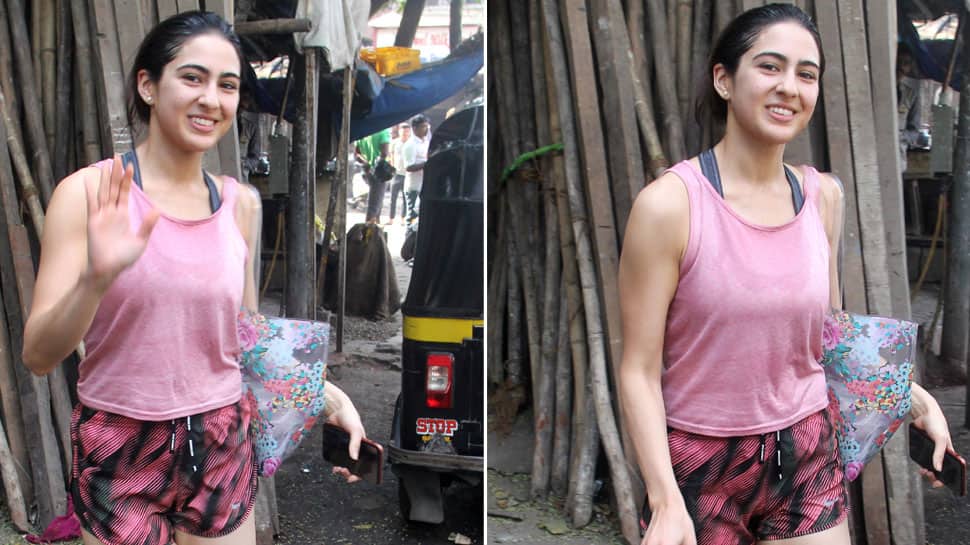 New Delhi: Saif Ali Khan and former wife Amrita Singh's gorgeous daughter Sara Ali Khan is the next big thing in Bollywood. Her maiden venture 'Kedarnath' by Abhishek Kapoor starring Sushant Singh Rajput hit the bull's eye and received a warm response. Her second outing 'Simmba' by Rohit Shetty proved to be a record-breaker at the Box Office and is still running to packed houses.

The stunner of an actress has been appreciated by the fans and critics alike for her performance and craft. A fitness freak that Sara is, she was recently spotted by paps in Bandra after her heavy-duty gym session. The pretty actress smiled and waved at the shutterbugs. Check out her pictures: 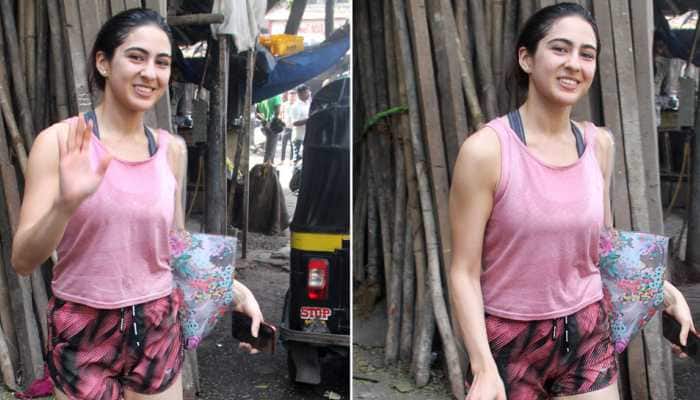 She was sweating profusely and looked like she had just done a crazy workout routine. She wore salmon coloured gym wear and a transparent tote giving her company. Well, keep it up 'Simmba' girl!

Be it traditional Indian ethnic wear, Western outfits or gym wear, Sara sure rocks it all! Much like Kareena Kapoor Khan, Sara, too knows how to make head turns when while sweating it out in the gym.

Celebs such as Kareena, Malaika Arora, Janhvi Kapoor and Sara have a pepped up gym wardrobe which has of late caught the attention of the fashion conscious peeps and it's here to stay!