Actress Sara Ali Khan, who has been roped in for filmmaker Rohit Shetty's 'Simmba', was snapped outside a gym post her workout session. 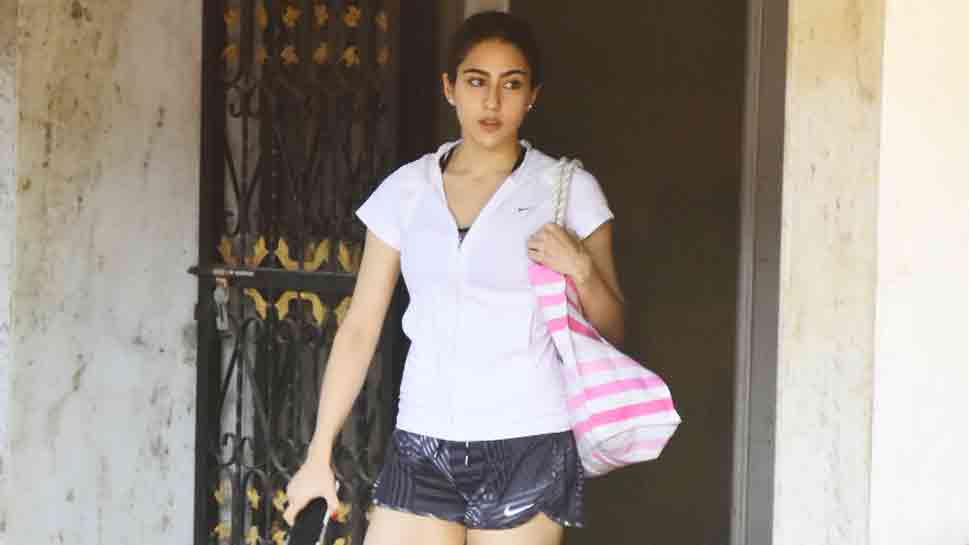 Actress Sara Ali Khan, who has been roped in for filmmaker Rohit Shetty's 'Simmba', was snapped outside a gym post her workout session.

The 24-year-old girl was seen carrying a sporty look wearing a white tee and black shorts. She sported her favourite peach-coloured shoes and her hair tied into a braid.

Check out her photos here: 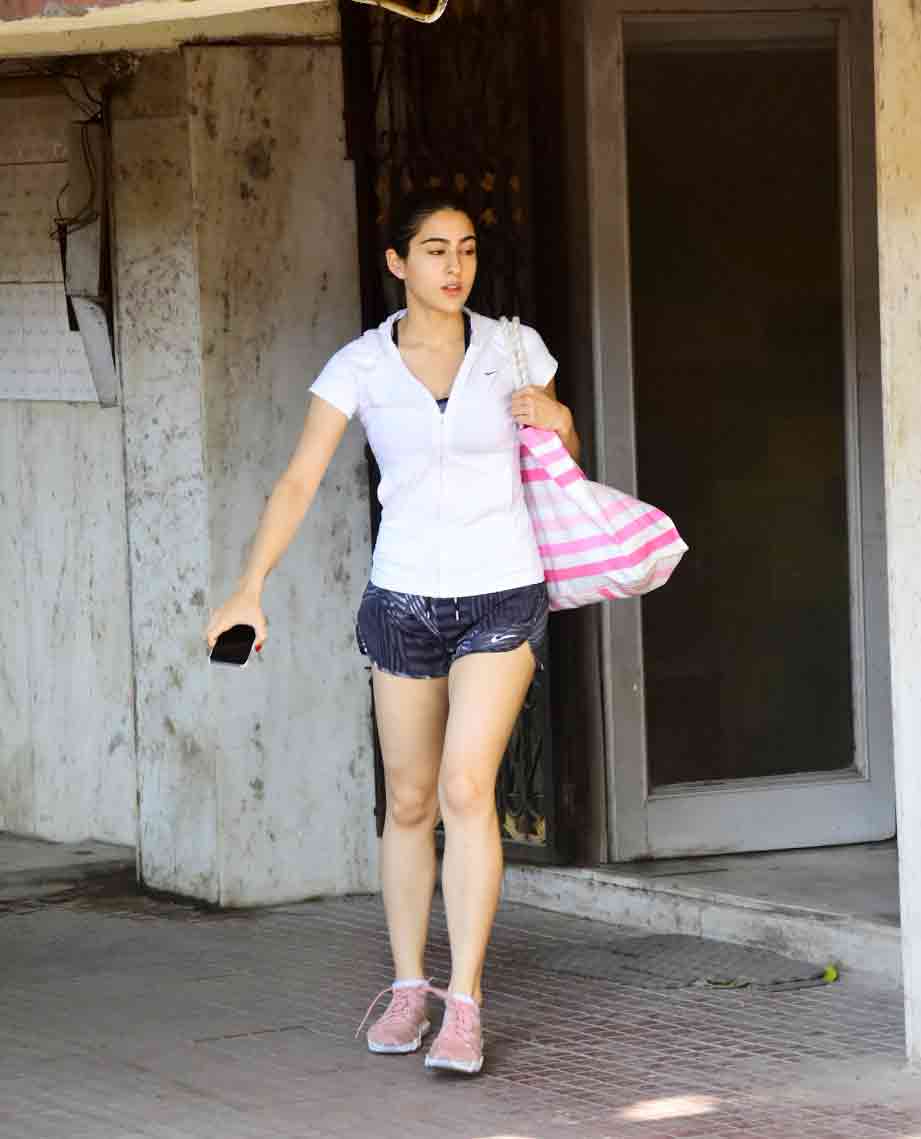 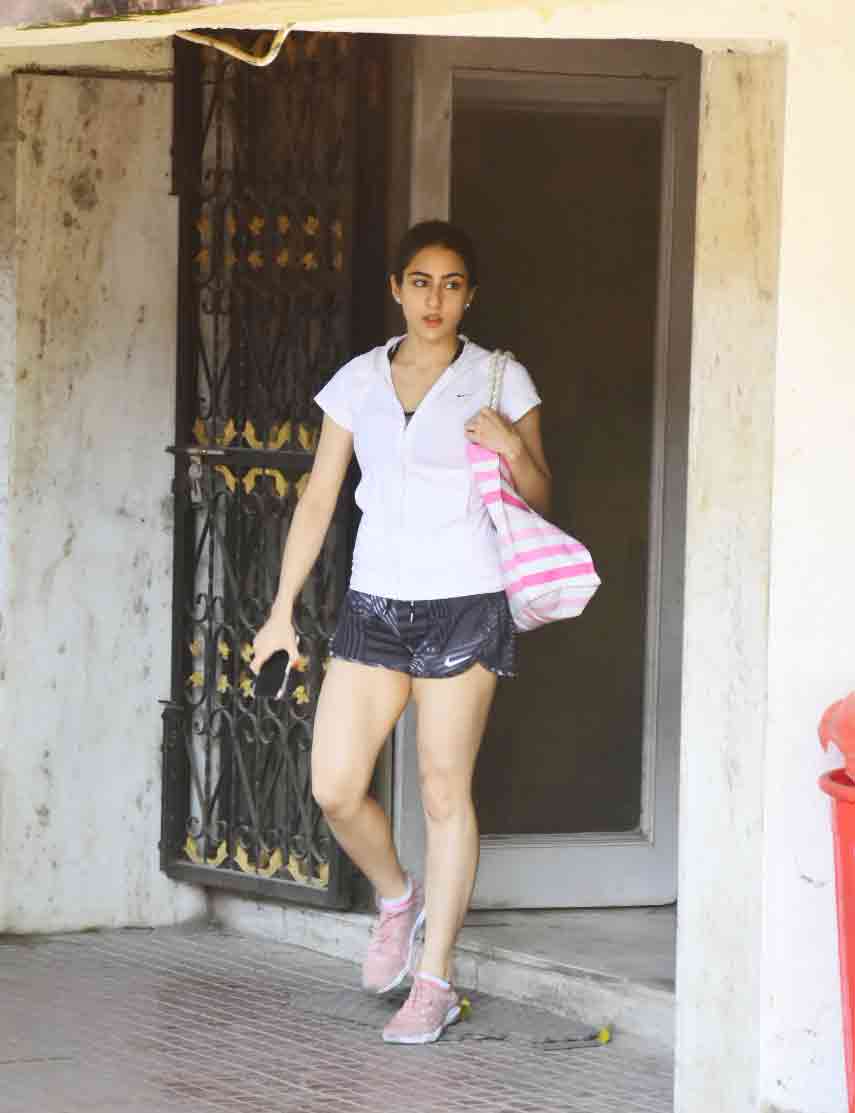 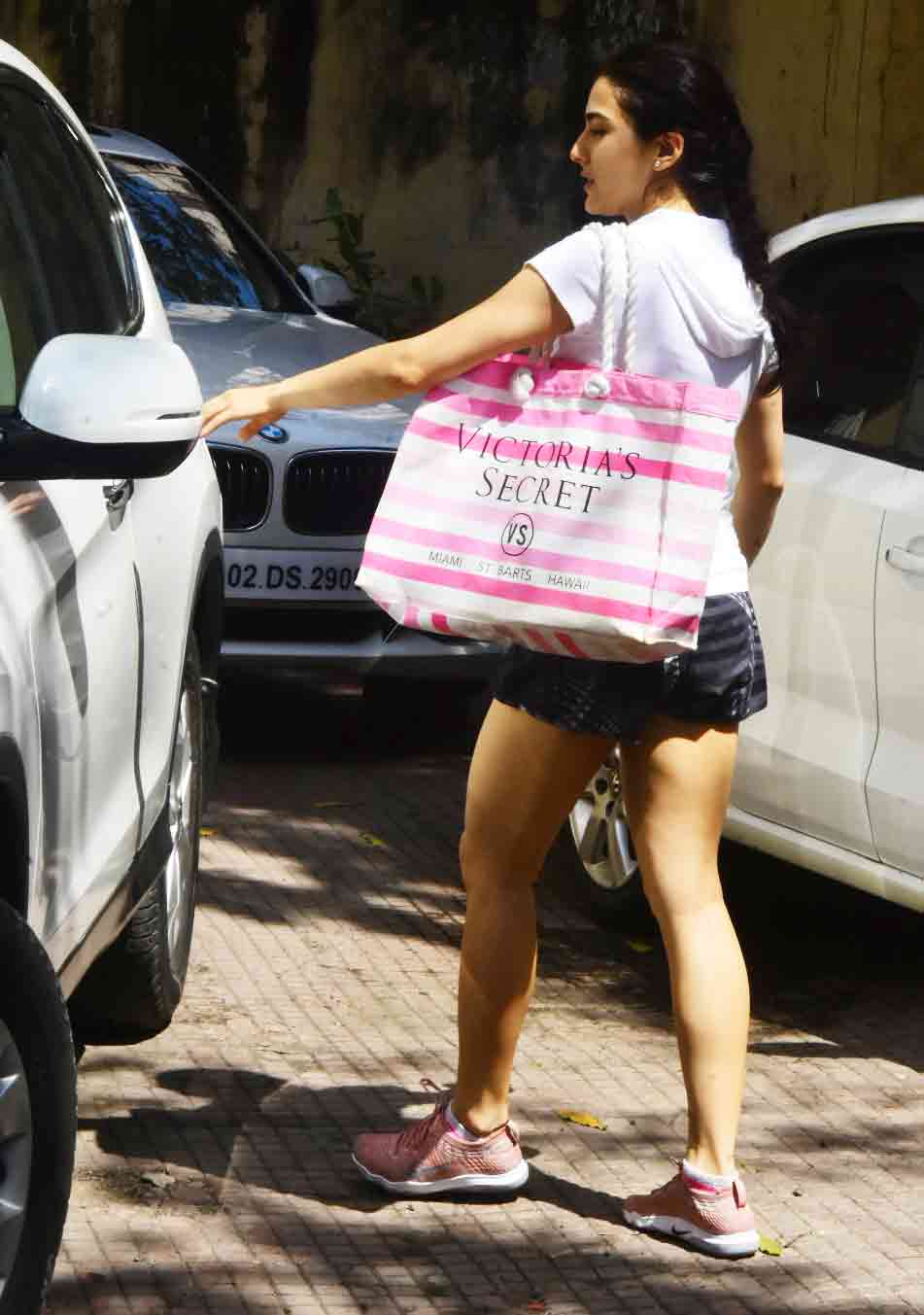 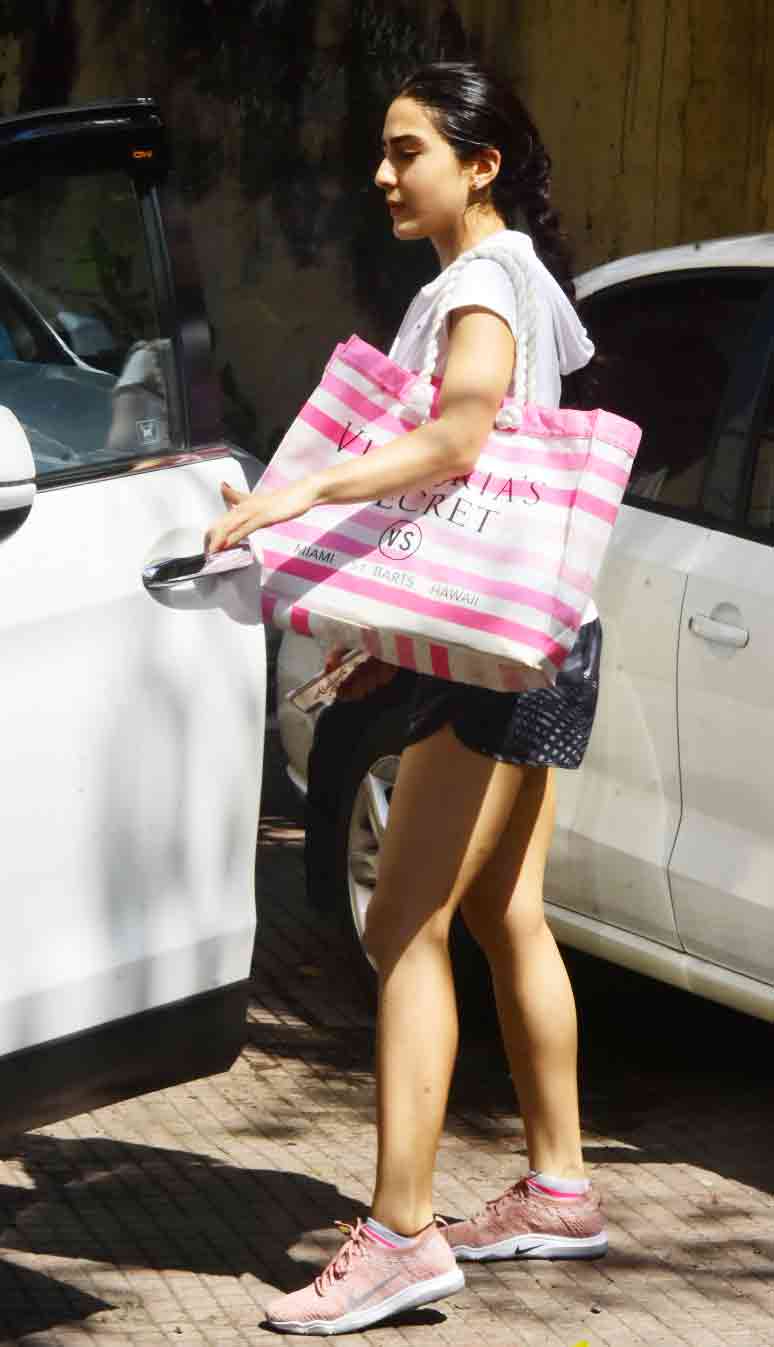 On Thursday, Sara was once again clicked outside her gym. The budding actress was sporting a nice combination of a light pink top with bright coloured halter along with a big carry-it-all bag which had shades of fuschia.

And the young girl had a mysterious smile on her face. 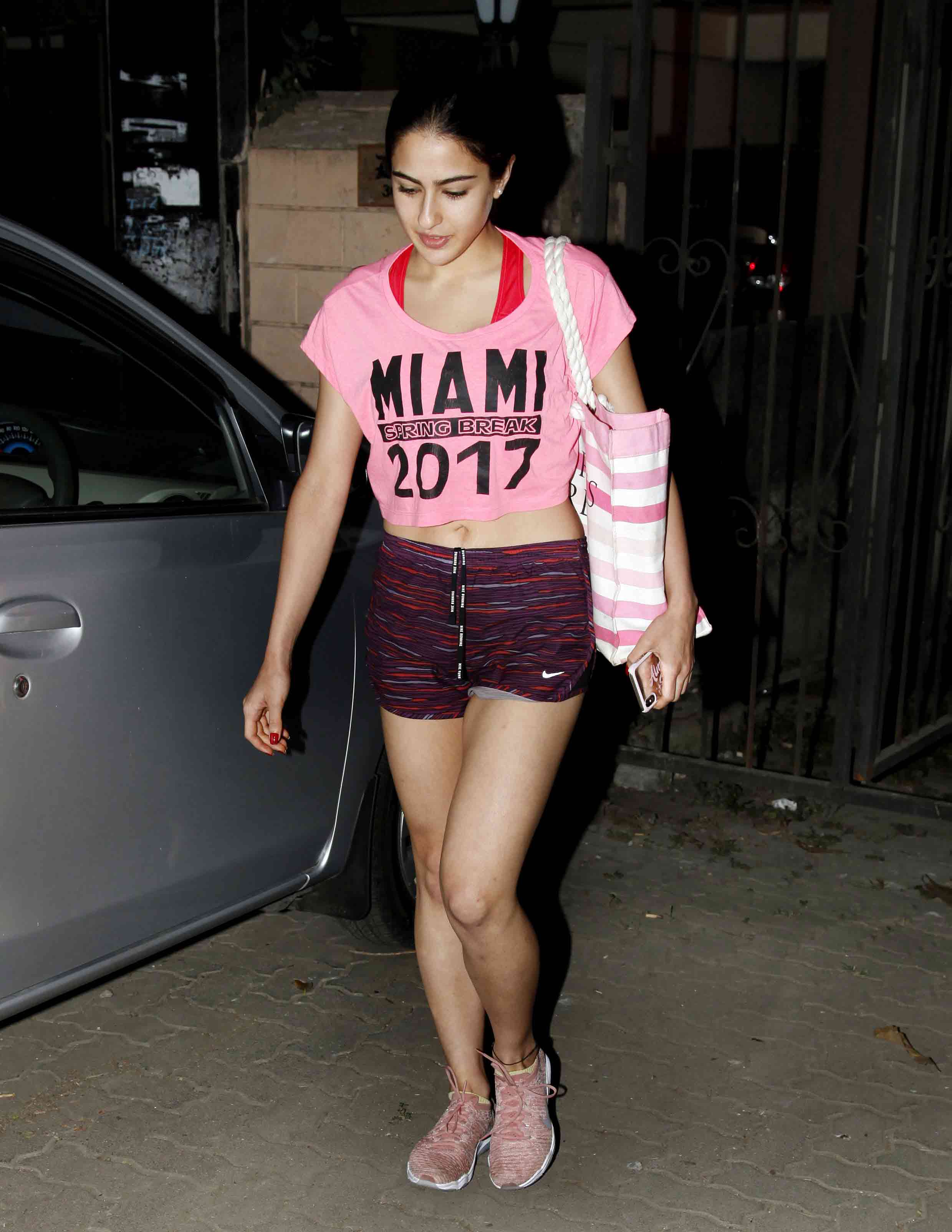 If not working out at her gym, Sara is usually seen wearing traditional Indian wear and carries them quite well. Whether it's the ethnic Indian style, Western wear or her workout outfits—Sara looks graceful in all.

On the work front, Sara was earlier set to make her debut in 'Kedarnath' but due to some issues between the production house and the filmmaker Abhishek Kapoor, the film has now been delayed. It stars Sushant Singh Rajput in the lead. Although the differences have been sorted out, it looks unlikely that 'Kedarnath' will be her maiden release this year.

'Simmba' on the other hand, stars Ranveer Singh as the male lead and is slated to release in December this year.