On the work front, the actor will next be seen in Amar Kaushik's black comedy "Bala" which stars Ayushmann Khurrana. 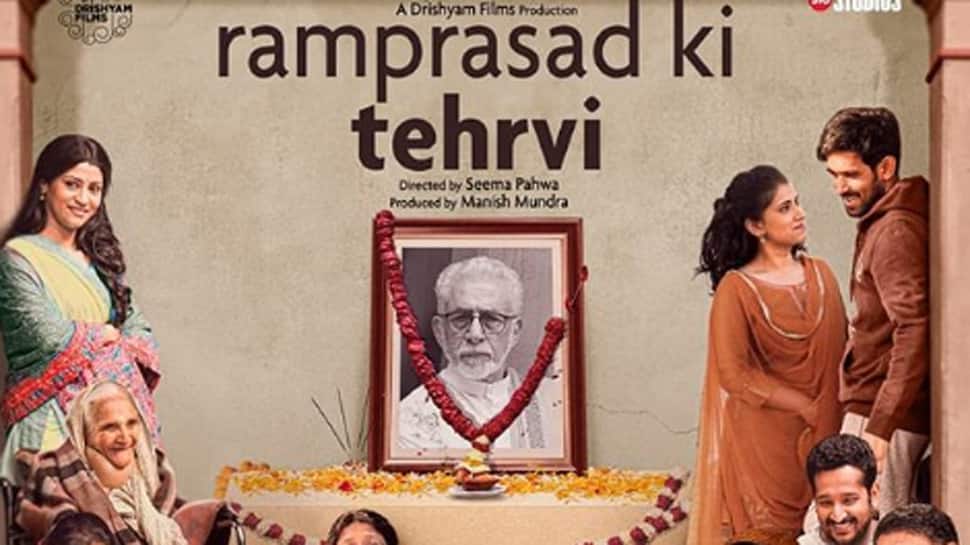 Mumbai: Actress Seema Pahwa's debut directorial feature "Ramprasad Ki Tehrvi" was screened at the ongoing Jio MAMI 21st Mumbai Film Festival with Star, and she is overwhelmed with the response the film received.

"I have become very emotional because I seriously did not expect so much of appreciation and a standing ovation. I am so happy that youngsters also liked the film. I always felt that you need to reach a certain age to understand a serious or emotional drama. A few youngsters came to me after the screening. Somebody touched my feet, somebody hugged me and some of them clicked selfies with me. I can't express how happy I am!" said Pahwa about the reaction following the film's screening on Saturday evening.

"Ramprasad Ki Tehrvi" marks the beginning of Seema's journey as a director. The film is inspired by a real-life story of how Seema's relatives behaved when they came to mourn her father's death and stayed at their place for 13 days. The incidents inspired Seema to pen the script and eventually direct the film.

What next after this? "I have a few stories. Real-life stories inspire me for making films. I have crossed the age of 50 now and have so many stories connected to me. So, my story bank is full. All I need to do is bring them on the screen whenever I get time," said the actor-turned-filmmaker.

On the work front, the actor will next be seen in Amar Kaushik's black comedy "Bala" which stars Ayushmann Khurrana. Seema will also start shooting for a few other films from December, which are expected to release next year.