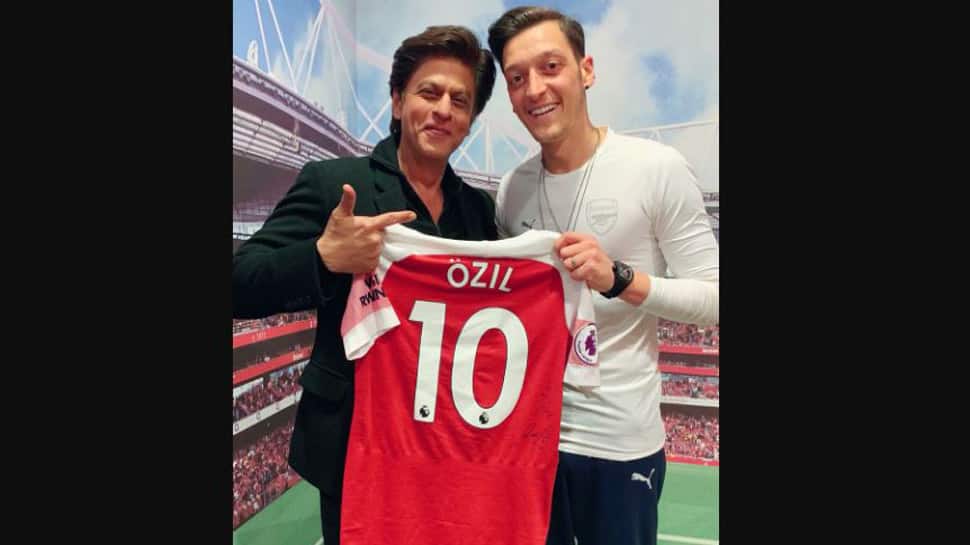 New Delhi: Bollywood superstar Shah Rukh Khan, who has a humungous fan following across the globe including many prominent personalities, recently attended the Arsenal vs Newcastle United match in London. Shah Rukh was invited by popular footballer Mesut Özil for the event.

Touted as one of the best football players in the world, Mesut Özil plays for Premier League club Arsenal. The sports star is reportedly a huge fan of Shah Rukh and hence, sent out a special invitation to the actor for the recent football match that took place in London.

SRK, who is a sports enthusiast and also the co-owner of one of the most powerful teams at IPL, accepted the invitation.

Shah Rukh Khan attended one of Premier League important matches that took place on Sunday night in London at the Emirates Stadium.

The Superstar is one of the most followed celebrities across the world. However, his last outing Zero couldn't strike a chord with the audience and hugely disappointed the actor. The film also starred Anushka Sharma and Katrina Kaif in pivotal roles.