She says the message of the film is very important because it addresses gender equality, adding that the story has been treated with sarcasm and wit. 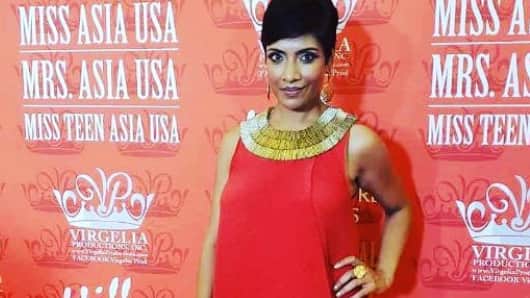 Mumbai: Actress-filmmaker Deepti Gupta is very excited about the world premiere of her film Director at the 21st Jio MAMI Mumbai Film Festival with Star.

She says the message of the film is very important because it addresses gender equality, adding that the story has been treated with sarcasm and wit.

The film will be screened under the 'Spotlight' category.

"I believe Sona's story is an important one to tell and an inspiring one. As women, we are all looking for equality, and here is a woman who fights for it unequivocally, using every platform she can, by raising her voice in protest and also protesting through her music. The film, like Sona, is laced with sarcasm, wit, and a bit of craziness," Deepti told IANS.

"It's a unique combination of genres, a music documentary that speaks of the politics of gender in a country steeped in millennia of misogyny. Sona and I both can't wait to have people be a part of our journey with MAMI this year!!" she said excitedly.

'Spotlight' is a section in the festival that focuses on films that push boundaries and are examples of narrative ambition. It is a specially curated, out-of-competition section that showcases new and exciting efforts of critically-acclaimed as well as breakthrough Indian filmmakers.

This year, apart from 'Shut Up Sona', the section has a lineup of films including Arati Kadav's 'Cargo', RV Ramani's 'Oh That's Bhanu', Seema Bhargava Pahwa's 'Ram Prasad Ki Tehrvi', Kamal Swaroop's 'The Churning Of The Ocean' , and 'The Wayfarers' by National Award-winning director Gautam Ghosh.