Suhana completed her graduation from Ardingly College in England. 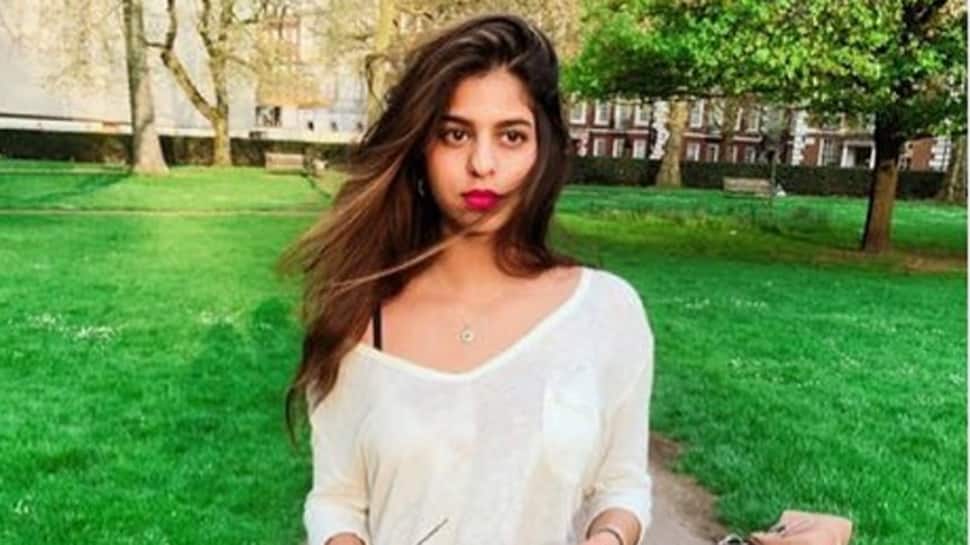 New Delhi: Superstar Shah Rukh Khan's darling daughter Suhana is a star kid who hogs limelight every now and then. The pretty young girl has joined the prestigious New York University and will be studying acting as a subject reportedly.

A video of her first day in college has been doing the rounds and has flooded the internet. Several fan clubs have shared it as well. Watch it here:

Suhana can be seen taking the stairs and looks super stylish in denim shorts and shirt. She carried an oversized black tote and her gorgeous shiny hair looks perfect on day one of college.

Reportedly, the video was first shared by mommy Gauri Khan but she immediately took it off her social media account. But by then, several fan clubs dedicated to Suhana had already shared it.

Suhana completed her graduation from Ardingly College in England.

Titled as 'The Grey Part Of Blue', it stars Robin Gonnella in the lead role besides Suhana. It has been written by Theo Gimeno.

Speculations of her making her starry entry into movie business had been riding high for quite some time now. Videos and pictures of Suhana enacting Shakespeare's plays had gone viral earlier and it clearly hinted at her becoming an actress soon.

Looks like she will first complete her studies and then eventually make a grand entry into the world of movies.