Bollywood actress Tara Sutaria is rumoured to be in a relationship with Kareena Kapoor's cousin Aadar Jain. They are often spotted together and recently attended the U2 India concert in Mumbai on Sunday evening. 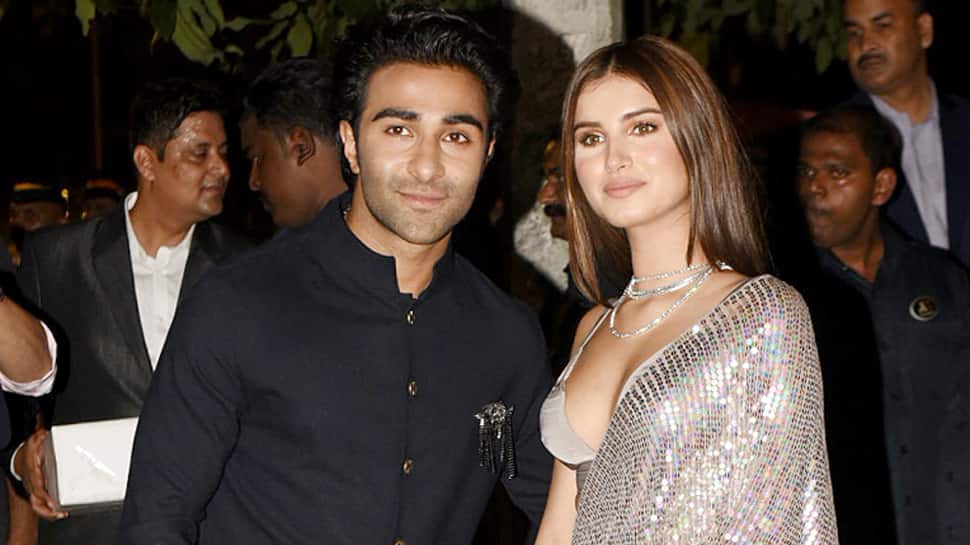 New Delhi: Bollywood actress Tara Sutaria is rumoured to be in a relationship with Kareena Kapoor's cousin Aadar Jain. They are often spotted together and recently attended the U2 India concert in Mumbai on Sunday evening.

Sharing a video from the concert, in which U2 can be heard performing their popular track Beautiful Day, Armaan tagged Tara and wrote, "When I’m with you…@tarasutaria.” Tara shared the same video on Instagram and wrote, "Always with you" and posted a heart. 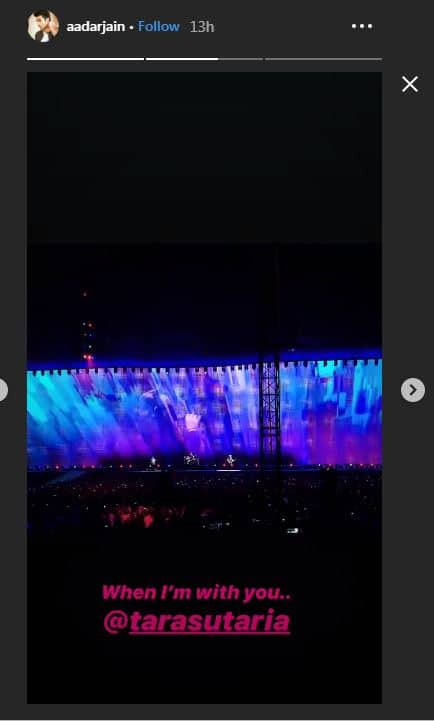 On Saturday, Tara attended the Roka ceremony of Aadar Jain's brother Armaan and Anissa Malhotra. The event was attended by Kareena Kapoor, Saif Ali Khan, Rishi Kapoor, Neetu Kapoor, Karisma and her children and mother Babita among others.

Earlier, in an interview, Tara had expressed her fondness for Aadar. Speaking to Mumbai Mirror, she said, "Well, we really enjoy each other’s company."

“It’s important to say this, we enjoy going out and spending time together. Aadar is special to me and both of us are foodies, so we are going to be spotted at restaurants. We met for the first time last Diwali and have a lot of mutual friends,” she has said.

Tara's first Bollywood outing was with Karan Johar's 'Student of the Year 2' and was earlier rumoured to be dating Sidharth Malhotra, who starred in the first instalment of the film.