These famous five Indian stand-up comedians made it big in movies - Take a look!

So, amid lockdown due to the deadly novel coronavirus outbreak, many might be missing the comic punches at home. So, we thought of listing out the best ones for you. 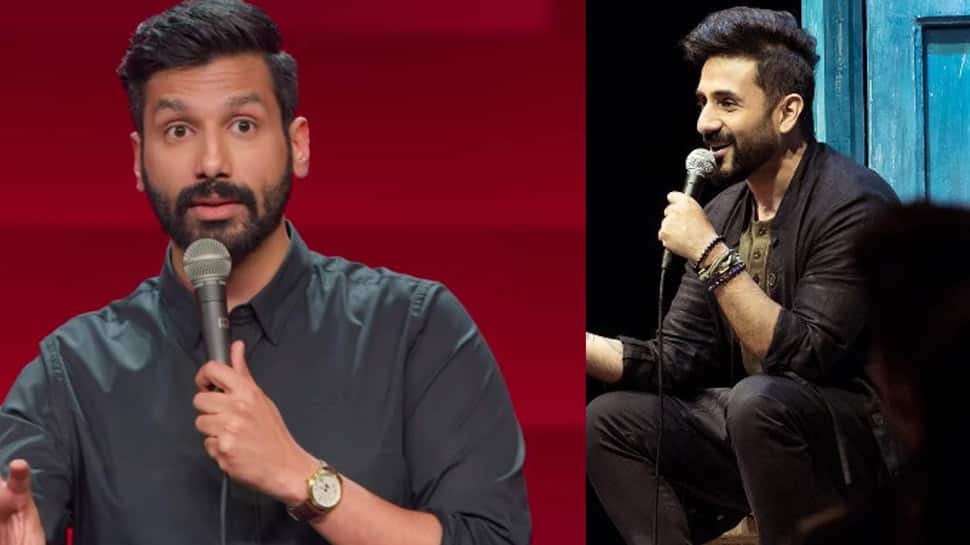 New Delhi: With the internet, stand-up comedy acts have really seen a boom over the past few years. More and more people now seem connected to the videos and some even eagerly wait to watch their favourite ones perform on stage. Buying tickets for the best stand-up guy is the latest fad these days and catching up fast. Also, some of these have made it to movies as well. So, amid lockdown due to the deadly novel coronavirus outbreak, many might be missing the comic punches at home. So, we thought of listing out the best ones for you.

Take a look at the famous Indian stand-up comedians who made it big in the showbiz world:

Vir Das is one of the wittiest comedians in India. He started his career as a stand-up comic and later entered the entertainment industry with films like Delhi Belly, Badmaash Company, Go Goa Gone, and Shaadi Ke Side Effects, to name a few. The comedian-turned-actor has also been a part of various international stand-up shows, as well as made his debut in American television with the television series, Whiskey Cavalier. Back home, Vir has been part of various shows including Amazon Prime Video’s Jestination Unknown and Netflix’s Hasmukh.

An IIT-Graduate, Biswa Kalyan Rath worked in graphic design, advertising, and software before becoming a full-time comedian. Biswa started doing stand-up comedy in 2015 and went on his first solo national tour - Biswa In Your Face. He went on to create a popular web series called Laakhon Mein Ek, which was released on Amazon Prime Video. Biswa made his film debut with 'Brahman Naman', an English-language Indian sex comedy film directed by Qaushiq Mukherjee. It was shown in the World Cinema Dramatic Competition section at the 2016 Sundance Film Festival.

Yes, we have seen him with Biswa in 'Pretentious Movie Reviews' some years back which made them a sensation. He worked as a software engineer for three years, before quitting his job to pursue comedy as a full-time career. Kanan’s career as a comedian was unstoppable as he launched his special Keep It Real on Amazon Prime Video. He was later seen in Yours Sincerely on Netflix. Kanan made a dream Bollywood debut when he starred in Sunhil Sippy’s Noor, opposite Sonakshi Sinha in 2017, receiving positive reviews for his performance.

Danish became an overnight sensation during his stint as an RJ, where he would make prank calls playing fictional characters Nograj and Chacko. As a stand-up artist, Danish has been a part of the Bengaluru-based comedy group - The Improv. In 2018, Danish made his film debut with Humble Politician Nograj where he portrayed the titular character. He will now be seen in Amazon Prime Video’s French Biriyani, a full-on comedy flick, which is slated for a worldwide release on July 24.

You can’t call yourself a millennial if you haven’t heard of Aisi Taisi Democracy! Apart from being a talented comedian, Varun Grover is a national-award-winning lyricist as well. Not only has Varun managed to tickle many funny bones through his stand-up shows, but has also given us some of the memorable works, including Masaan, Sacred Games, and The Great Indian Comedy Show, among others. Varun made his acting debut with Anurag Kashyap’s Bombay Velvet in 2015.