This pool pic of Kareena Kapoor and Sonam Kapoor is unmissable!

Kareena Kapoor Khan and Sonam Kapoor Ahuja are a delight to look whenever they are together. 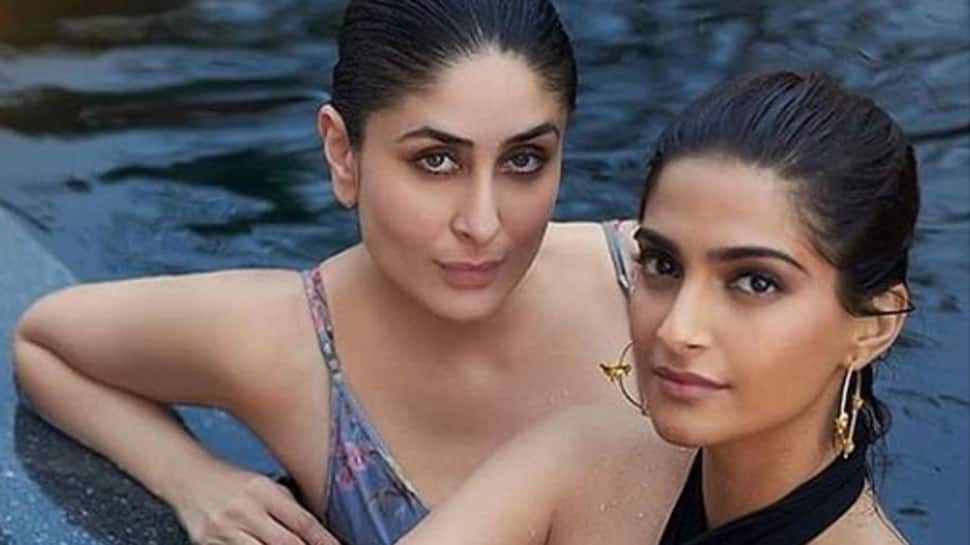 New Delhi: One of the most popular sister duos of Bollywood, Kareena Kapoor Khan and Sonam Kapoor Ahuja are a delight to look whenever they are together. Both actresses have their own fan bases and enjoy the support of millions of people!

Kareena celebrated her Birthday recently in the presence of loved ones.

Social media was full of wishes for the actress as her well-wishers expressed what she meant to them.

Sonam Kapoor also took to Instagram and wished her dear sister in a special way!

Sharing a pool pic, Sonam wrote, “Happiest Birthday my Veere! You’re fabulous, brilliant and absolutely crazy. Truly no one like you. Have a mad year. Love love you

See that intense look on Kareena and Sonam's face? Yep, that makes it difficult to take eyes off them!

This is not the first time that these two are 'sharing a frame'. They worked together in Rhea Kapoor's 'Veere Di Wedding' which turned out to be a super hit at the box office. The film, that released last year, also had Swara Bhasker and Shikha Talsania on board.