The actor was snapped carrying off his Street Dancer look at the airport. 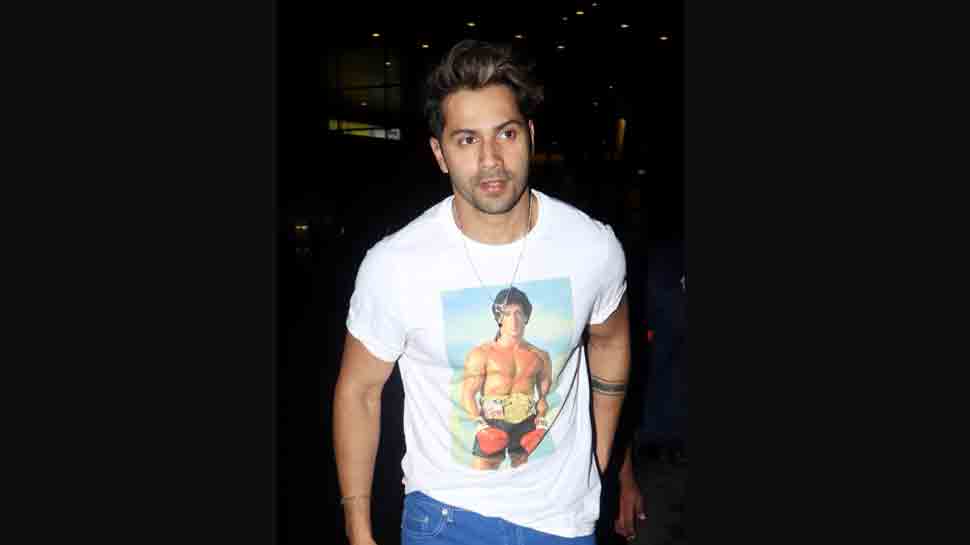 New Delhi: Actor Varun Dhawan, who recently injured his knee while performing a dance sequence for Remo D'Souza's upcoming film 'Street Dancer 3D', was on Monday spotted coming out of the Mumbai airport. He was spotted in white tee which had a Rambo picture displayed on it, which he teamed up with blue pants and white casual sports shoes.

The actor was seen arriving solo at the airport and was busy on his phone for a while.

Take a look at his pictures:

Varun has been sporting a new hairdo of late for the film where he has been featured alongside Shraddha Kapoor and Nora Fatehi.

Varun's last two films — 'Sui Dhaaga: Made In India' and 'October' fetched him some best reviews of his career. Apart from 'Street Dancer', Varun also has Abhishek Varman's period-drama 'Kalank' in his kitty. The film is produced by Karan Johar, Sajid Nadiadwala and Fox Star Studios and features Madhuri Dixit Nene, Sonakshi Sinha, Alia Bhatt, Kunal Kemmu, Aditya Roy Kapur and Sanjay Dutt in lead roles. It is slated to release on April 19, 2019.

He will also be seen making a cameo in Ali Abbas Zafar's 'Bharat'.