Want to be part of great films irrespective of the language: Rakul Preet Singh

The 28-year-old actor said her hard work and determination has made her a saleable name in the south film industry. 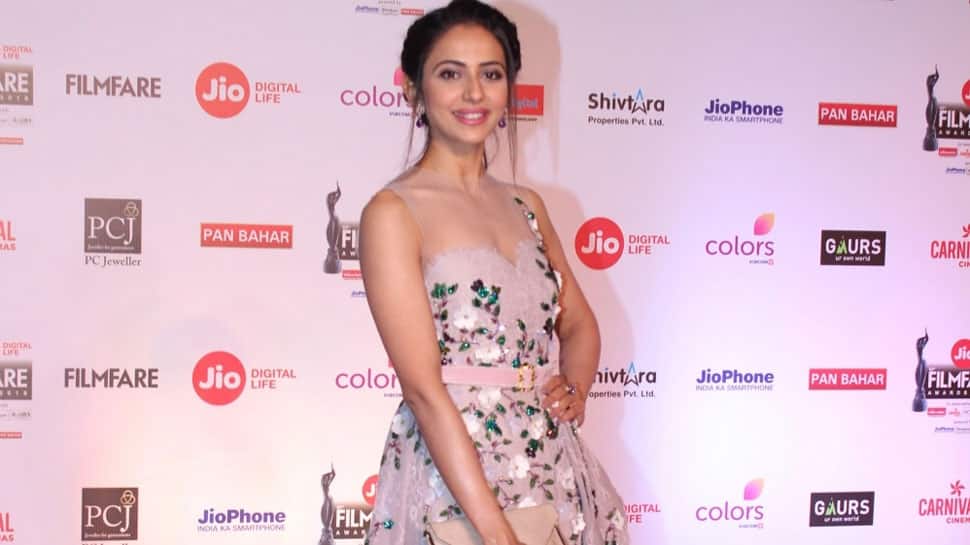 Mumbai: Rakul Preet Singh, who has acted in South and few Hindi films like "Yaariyan", "Aiyaary", says her aim is to be part of good films irrespective of the language in which they are made.

Rakul has acted mainly in Telugu and Tamil language films and has worked with biggest of the actors like Mahesh Babu, Jr NTR, Ram Charan and Allu Arjun.

In Bollywood, she has had two releases "Yaariyan" and "Aiyaary" and is now looking forward to Ajay Devgn's "De De Pyaar De".

"I want to keep doing good films. I can work 24 hours. I hope people want to see more of me as much as I want to be in films. At the end of it, all I want to have some great films to my credit, irrespective of which language it is in," Rakul told PTI.

The 28-year-old actor said her hard work and determination has made her a saleable name in the south film industry.

"As the shelf life is lesser (of heroines) so you want to push yourself more as you want to do better work. I did not become big in south just like that, I had to work towards it.

"The fact that you do not get it easy makes you love and respect your work more. If I want to do a Dharma Production film, of course there is a struggle to get one. There are so many people competing for it," she added.

After making her debut in Hindi cinema with "Yaariyan" in 2014, Rakul appeared in South films and returned to Bollywood in 2018 with Neeraj Pandey's "Aiyaary". The actor said she is trying to strike a balance between both the film industries.

"When I did 'Yaariyan' I was very new. I was not aware about the film industry. I was very young. I had a Telugu film that released two months before 'Yaariyan' and it turned out to be huge hit and I had big film offers there so I decided to do that.

"It was not a conscious break it is just that I got so busy there then I thought when something great comes up I will do Hindi films. I am now trying to balance," she said.

Rakul said creatively both the industries are growing and it is the best time to be working as an actor.

"I am not running for money. Money is something that follows. I am in this profession because of my passion for cinema."

"I wasn't intimidated rather I was over excited. It was surreal to be working with them. I have grown up watching their films and it was great to be seen in the same frame with them.

"The film gave me a scope to perform, it put me out there. Despite having two award-winning actors in the film, I am grateful that people are taking notice of me in the trailer," she added.

She is thankful to both the seasoned actors for being warm and welcoming.

"Ajay sir never made me feel like I was new and that he is a seasoned actor. Everyone was welcoming. If I was nervous it would show on screen.

"If I don't talk or interact or get along with my co-stars and if we are doing a scene then chemistry wouldn't know what to do. But we all got along well. There was a positive vibe on the sets."

The actor said in a romantic-comedy film it is tough to get the humour element right.

"It is a fun film but humour is tougher to do than crying on screen, one can use glycerine, it is tough to get the right comic timing. It may look easy on the eyes."

The film directed by Akiv Ali and produced by T-series, Luv Ranjan, will hit cinema houses on May 17.

Barbara Perry of 'The Dik Van Dyke Show' dies at 97