Unconcerned over the brouhaha around the alleged 'drug party' attended by several top stars at his residence last weekend, filmmaker Karan Johar is thanking the universe for blessing him with his kids, Yash and Roohi. 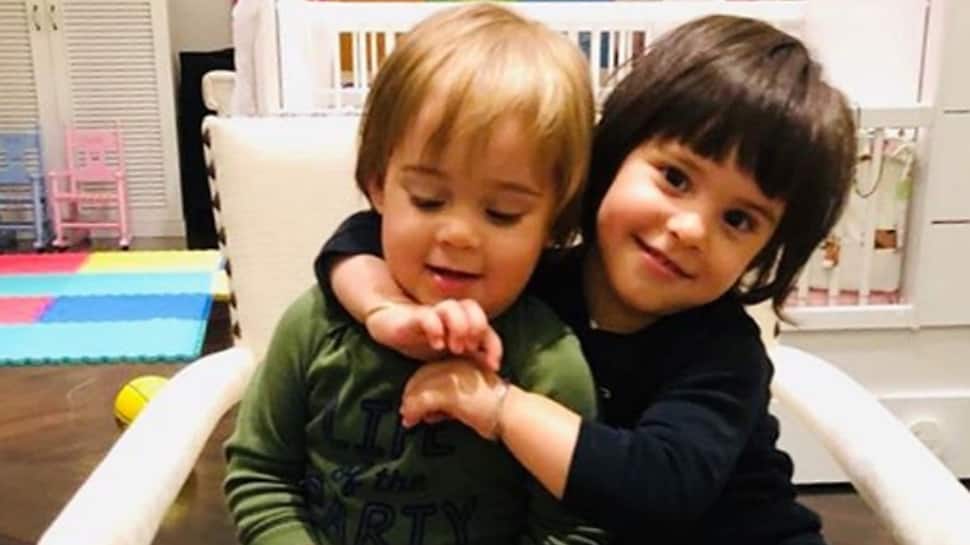 Mumbai:Unconcerned over the brouhaha around the alleged 'drug party' attended by several top stars at his residence last weekend, filmmaker Karan Johar is thanking the universe for blessing him with his kids, Yash and Roohi.

Karan took to Instagram to share a picture of the twins. In fact, he shared a picture of his children on social media after a long time.

"I love you universe for this blessing! #RoohiAndYash," he wrote alongside the picture.

In the image, the siblings can be seen happily smiling for the camera. Roohi is dressed in a white dress with polka dots, and Yash is wearing a blue T-shirt and shorts.

The "Ae Dil Hai Mushkil" director welcomed his children in 2017. They were born via surrogacy. His daughter has been named Roohi -- a rearrangement of Karan's mother's name Hiroo -- and the son was christened Yash -- after Karan's late father.

The latest picture of the kids got love from several Bollywood stars and Karan's friends in the industry.

Kajol said: "So big", while Jacqueline exclaimed "What! They are so big so soon". Actress Bhumi Pednekar feels the picture is "sweetest", and Ekta Kapoor was happy to see her "cuties".

Last weekend, Karan had posted a video on Instagram of a party he hosted at home. Soon afterwards, Akali Dal MLA Manjinder Singh Sirsa shared the video, alleging that top stars -- such as Deepika Padukone, Ranbir Kapoor, Shahid Kapoor, Varun Dhawan, Arjun Kapoor, Malaika Arora, and Vicky Kaushal -- were flaunting a "drugged look" in the video. He tagged the video with #UdtaBollywood, taking off on the film "Udta Punjab", which was about the drug menace in the state of Punjab and which, incidentally, starred Shahid.

Sirsa felt these stars were public figures and also worshipped as role models by many impressionable minds, and hence should be more careful. Social media has been vocally divided over Sirsa's view, and the politician subsequently wrote an open letter to Bollywood, asking them to apologise for being irresponsible as public figures.

None of the stars in question have apologised, or expressed opinion over the issue, although they have been actively tweeting and posting on social media on various other issues.