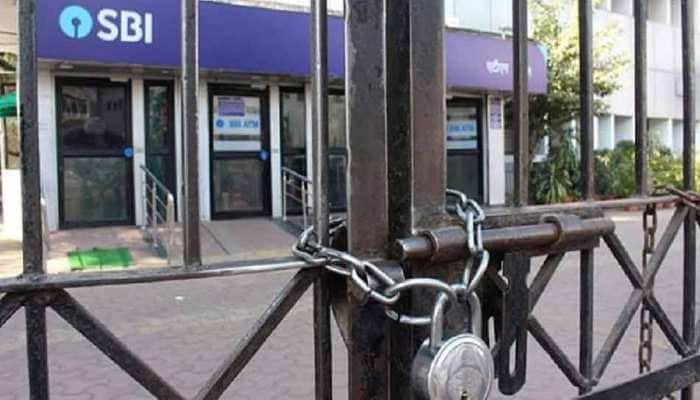 New Delhi: Though banking activities on mobile and internet will remain uninterupted, several bank branches will remain closed on account of holidays and the upcoming proposed strike by banking associations in March.

Bank unions have called for a two-day strike starting March 15, to protest against the proposed privatisation of banks.

Meanwhile, the Reserve Bank of India (RBI) has mentioned some days when the banking operations will remain closed in the month of March 2021.

However, it must be noted that the bank holidays vary in various states as well not observed by all the banking companies. Banking holidays also depend on the festivals being observed in specific states or notification of specific occasions in those states.

In total, banks would be closed for 5 days. Reserve Bank of India places its Holidays under three brackets --Holiday under Negotiable Instruments Act; Holiday under Negotiable Instruments Act and Real Time Gross Settlement Holiday; and Banks’ Closing of Accounts. Meanwhile, considering two second saturdays and 4 sunday weekly offs, the total number of days when bank will be closed amounts to 11.

Here is an elaborate list of bank holidays falling in the month of March 2021. Check out the list.

Holidays of the mentioned days will be observed in various regions according to the state declared holidays, however for the gazetted holidays, banks will be closed all over the country.

If you keep a track of these holidays, you would be able to plan bank transaction activities in a better way. For long weekends, you can even plan your holidays well.

Saral Pension Yojana to start from April 1: Check the plans and all benefits