Demonetisation: No need to submit photocopy of I-cards for exchanging old currency notes

The customers are only required to be present at the bank and show valid proof – photocopies are not required. 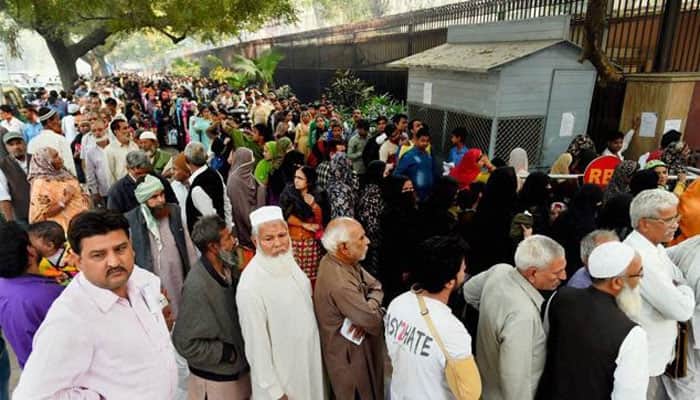 New Delhi: Amidst reports of chaotic scenes and seemingly serpentine queues outside banks and ATMs, as people are jostling to get valid currency notes, the RBI has instructed the banks to not seek for photocopy of ID cards.

The Times of India has recieved an email from the RBI wherein a very clear guidline has been laid out on exchange of currency notes. It states that the customers are only required to be present at the bank and show valid proof –the photocopies are not required.

Grappling with unending queues and frayed tempers in banks and to check operation of syndicates, the government has decided to introduce a system, effective from today, of marking customers exchanging defunct currency notes with indelible ink in major metro cities.

This, according to the government, would prevent syndicates and certain kind of people coming to a branch again and again and misusing the note-exchange facility.

The Centre on November 8 had banned the use of old 500 and 2,000 rupee banknotes in a bid to curb black money and sources of terror funding.