A new-born baby in Rajasthan's Nagore has been named 'Mirage' to celebrate Tuesday's airstrikes conducted by the Mirage 2000 fighter jets of the Indian Air Force on a terror camp run by Jaish-e-Mohammed in Pakistan's Balakot. 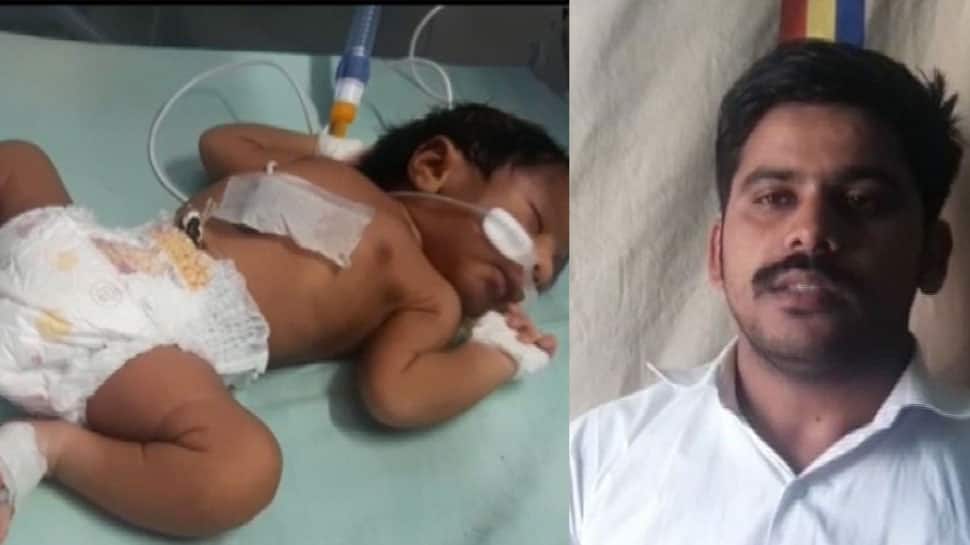 AJMER: A new-born baby in Rajasthan's Nagore has been named 'Mirage' to celebrate Tuesday's airstrikes conducted by the Mirage 2000 fighter jets of the Indian Air Force on a terror camp run by Jaish-e-Mohammed in Pakistan's Balakot.

According to news agency ANI, the parents decided to name their newborn 'Mirage' to pay tribute to the IAF for Tuesday's airstrikes on JeM terror camps in Balakot.

''We hope he'll join security forces when he grows up," the father said.

Sonam, the wife of Mahavir Singh Rathore, was admitted to the hospital in the wee hours of Tuesday. Sonam reportedly gave birth to a child around 3.30 AM – the time when the IAF bombers targeted the JeM terror camps in Pakistan.

As the news spread, the family decided to name the newborn as 'Mirage Singh Rathore' to celebrate the airstrikes.

It may be recalled celebrations across the country erupted and several people took to streets and distributed sweets and held anti-Pakistan marches as the news of the IAF's airstrikes on JeM terror camp in Pakistan came.

The IAF action was widely welcomed across the country with political leaders as well as general public lauding the armed forces for the swift action which came in the aftermath of the dastardly Pulwama attack on a CRPF convoy.

In a swift and precise airstrike following the Pulwama attack, India bombed and destroyed one of the biggest terror camps run by the Jaish-e-Mohammed in Pakistan's Balakot, killing a "very large number" of terrorists, trainers and senior commanders.

The operation, described as a ''non-military, pre-emptive strike'', was welcomed by the entire political spectrum and military experts who had been advocating retribution after the February 14 suicide attack on a CRPF convoy in Pulwama claimed by JeM.