Woman gangraped by 5 youths in front of husband in Alwar, video shared on social media

It is to be noted that no arrest has so far been made by the police in the case. 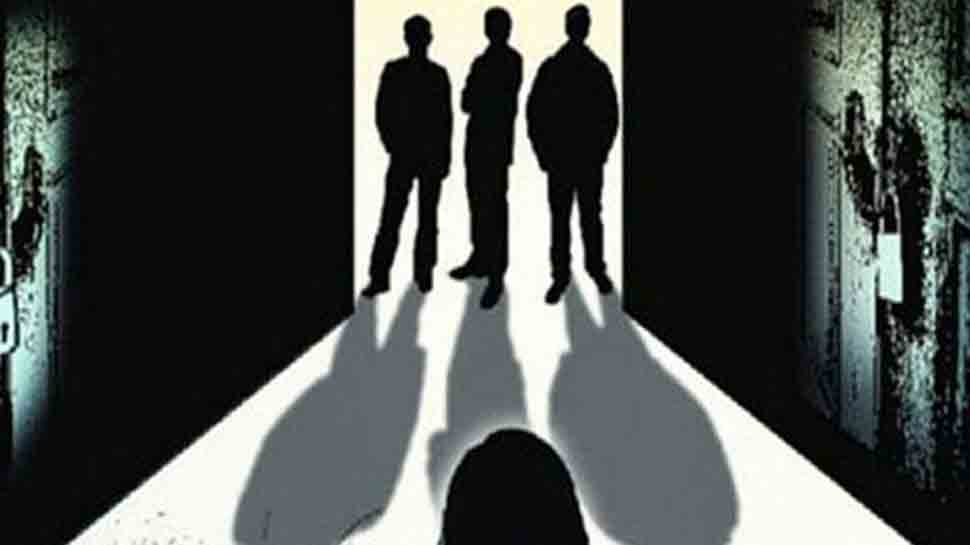 New Delhi: In yet another incident of sexual assault against women, a Dalit woman travelling with her husband was waylaid by five youths, who took turns to rape her, in Rajasthan's Alwar.

The accused recorded a video of the act and shared it after which it went viral on Monday. According to Jaipur Range IG S Senthar, the incident took place on April 26, however, the couple approached the police and registered the complaint on May 2, fearing a threat from the accused.

It is to be noted that no arrest has so far been made by the police in the case.

As per the complaint registered at Gaji police station, the couple was going to Talvriksha from Lalwadi village on a two-wheeler when they were stopped by a group of five men, who were on two motorcycles. They took the couple behind a marooned dirt track, a secluded place.

The FIR mentioned that while the victim's husband was beaten by two men, three others gang-raped her. They also made a video of the incident and threatened to kill them if they approach the police.

The FIR stated that as per the conversation among the accused, the victims heard names - Sachin, Jitu and Ashok while the names of the other two accused were not known.

Alwar SP Rajiv Pachar said that an FIR was registered against the five accused and the police team are trying to nab them.

In the meantime, BJP MP Kirodi Lal Meena has questioned the police for making no arrest in the case and wrote to Rajasthan Chief Minister Ashok Gehlot and asked that the accused in the case be arrested as soon as possible.

Meena also urged that action be taken against the policemen for not registering the FIR for five days when the incident took place. He wrote further that under the atrocities act, the victim be provided special financial aid by the government.