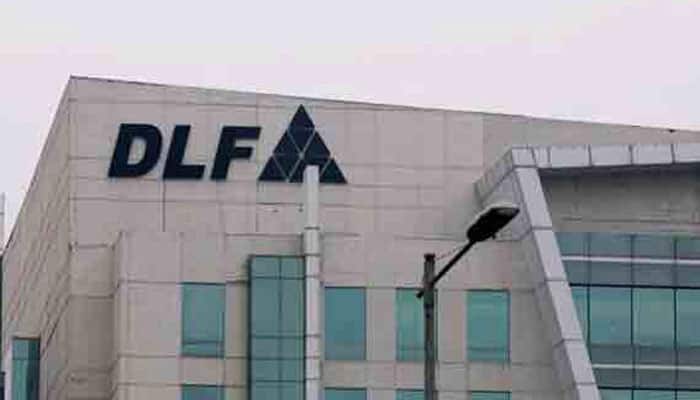 New Delhi: In the biggest real estate deal, DLF promoters will sell their entire 40 per cent stake in the company's rental arm for Rs 11,900 crore, including sale of stake worth Rs 8900 crore to Singapore government-owned GIC.

The remaining shares would be bought back by the DCCDL for Rs 3,000 crore.

DLF promoters are expected to get net proceeds of over Rs 10,000 crore after tax and a substantial part of this amount will be invested in DLF Ltd for repayment of debt that has touched nearly Rs 26,000 crore.

India's largest realty firm DLF on Friday informed BSE that the board has approved the share purchase and shareholders agreement with GIC affiliate Reco Diamond, promoters and the DLF Cyber City Developers.

At present, the promoters hold Compulsorily Convertible Preference Shares (CCPS) in DLF Cyber City Developers, which is worth 40 per cent stake and DLF owns the rest 60 per cent.

"The gross proceeds to the sellers (promoters) from the transaction would be approx Rs 11,900 crore, which includes secondary sale of equity shares (post conversion of CCPS) to Reco Diamond for Rs 8,900 crore approximately...," DLF said.

The deal also include "two buybacks of CCPS by the DCCDL for Rs 3,000 crore, out of which one buyback shall be before closing and one shall be 12 months thereafter".

Post completion of these transactions, DLF stake in DCCDL will increase to 66.66 per cent from current 60 per cent, while GIC will have 33.34 per cent equity shares in DCCDL.

DLF promoters had initially planned to sell the entire 40 per cent stake to the GIC.

"The transaction implies an enterprise value of Rs 35,617 crore for DCCDL, translating into equity value of approx Rs 30,200 crore," DLF said, adding that the transaction has been structured to make best use of the surplus cash in DCCDL.

This is the second investment from Singapore's sovereign wealth fund GIC into the DLF Ltd. In September 2015, GIC had invested about Rs 2,000 crore in DLF's two housing projects.

DCCDL, which holds the bulk of commercial assets of the DLF group, earns about Rs 2,600 crore rental income annually with 27 million sq ft of commercial space, largely in Gurgaon.

In October 2015, DLF had announced that promoters would sell their entire 40 per cent stake in DCCDL.

Initially, DLF received interest from about 25 global and domestic investors including Blackstone for this deal and then the company shortlisted six investors and finally zeroed in on GIC in March this year for exclusive negotiations.

DLF's Senior Executive Director (Finance) Saurabh Chawla last week said that the GIC would approach the Competition Commission of India (CCI) for approval after the agreement, while DLF will also have to seek shareholders' nod. The CCI approval is expected by early November.

"This is one of the largest private equity transactions in India in the real estate space. The transaction shall create one of the leading platform play for rental properties, with rent yielding assets of 26.9 million sq ft.

DLF's promoters infusion of fund into the realty major to cut debt would result in increase in their stake in the company from the current 75 per cent. Hence, the promoters would have to bring down their stake because the SEBI norm requires minimum 25 per cent of public shareholding.

Commenting on the deal, CBRE South Asia CMD Anshuman Magazine said: "This is a great news for the real estate market. This will build confidence and encourage more global players to take a position in the Indian property market."

Cushman and Wakefield India MD Anshul Jain said: "Close to Rs 310 billion has been invested in the commercial office sector since 2013 as the sector is driven by strong fundamentals, attractive valuations and stable yields."

"This year will see the largest office asset purchase by GIC from DLF taking the overall investments in office assets to a new high," he added.

With this deal, DLF intends to make its housing business debt free. In view of sluggish housing sales, the company is having a deficit cash flow of about Rs 750 crore per quarter.

Among other major deals in the commercial real estate, Brookfield in 2014 had bought stakes in six IT-SEZs from Unitech group for over Rs 3,000 crore.

Dubai-based Emmar entered India through a joint venture with MGF group in 2005 and had invested around Rs 8,000 crore over the years.