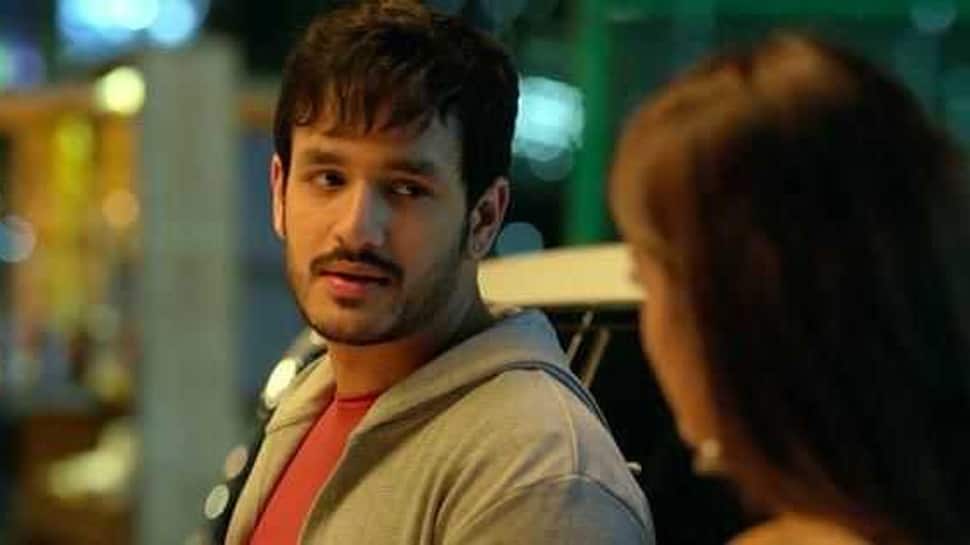 Akhil Akkineni's upcoming film Mr Majnu is all set to hit the screens on January 25. After his first two films Akhil and Hello have been debacles at the box office, the actor and his father Akkineni Nagarjuna have focused a lot on Akhil’s next film. After going through a lot of films, they finally chose to be part of Venky Atluri’s upcoming directorial.

The romantic trailer of the film has been going viral for all the right reasons and it struck the right chord with the netizens and it looks that many youngsters are relating to it. Especially after the pre-release function where Young Tiger Jr NTR was present, hopes and expectations on the film have increased. The jukebox which has tunes composed my SS Thaman has also been a huge hit.

The promo video of title song Mr Majnu was unveiled on Tuesday by Akhil and the team of Mr Majnu. Akhil shared the video on his official Twitter handle and wrote, “Presenting to you the Mr Majnu title song. I worked really hard for this one and I have a lot of people to thank for all the support… Shekher master, Avinash my art director and Geroge my Dop are of the people who made this happen (sic).”

The dance moves of the actor are terrific and the choreography has been done really well. Akhil has also performed well and he flaunts in six-pack abs in this song with ease. The film is produced by BVSN Prasad and has Nidhhi Aggerwal as the leading lady.