The jukebox of the film was unveiled two days ago and it is going viral for all the right reasons.

After two back-to-back debacles, it is very much necessary for Akhil to bag a hit. The actor is leaving no stone unturned to make sure that his upcoming film Mr Majnu, which is slated for release on January 25.

The film is directed by Venky Atluri, the man who bagged a blockbuster hit into his kitty with first film Tholi Prema which released in February last year. Venky’s second film as director is Mr Majnu and this 24-year-old guy is going to make magic yet again with his romantic love story. The film has Nidhhi Agerwal as the leading lady.

The jukebox of the film was unveiled two days ago and it is going viral for all the right reasons. Tunes are composed by SS Thaman and he is being lauded by music lovers for the melodious and peppy tunes. Netizens are also praising Akhil Akkineni for his stylish appearance. 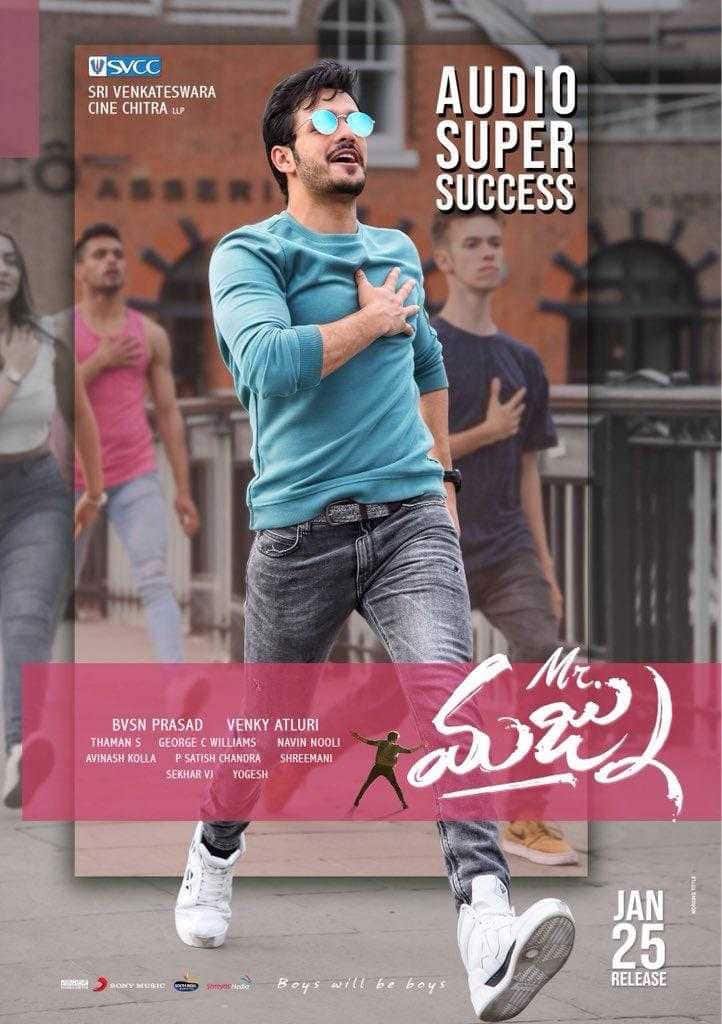 The latest buzz is that the pre-release event of the film will be held on January 19 at JRC Convention Centre, Hyderabad. The chief guest for the event is none other than Young Tiger Junior NTR. Akhil thanked the Aravinda Sametha actor by tweeting, “See you soon! Thanks to my brother @tarak9999 for extending his support. Excited to share the stage with you (sic).”

The film is bankrolled by BVSN Prasad. The camera is handled by George C Williams. Interestingly, Majnu is Nagarjuna’s second film which became a huge hit in the industry then.