The wedding, which will be a close-knit affair, is scheduled for June 27. The rituals will happen at their Chennai home. 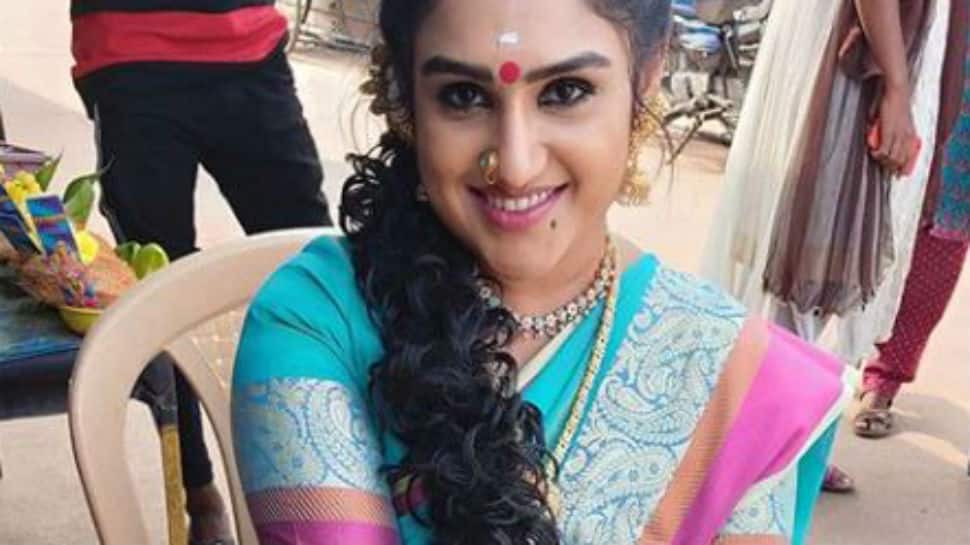 New Delhi: Actress Vanitha Vijaykumar, best-known for featuring in the third season of ‘Bigg Boss Tamil’, announced her wedding to filmmaker Peter Paul on Wednesday. Vanitha posted the details on social media and also revealed how she fell in love with Peter.

The wedding, which will be a close-knit affair, is scheduled for June 27. The rituals will happen at their Chennai home.

In her Instagram post, Vanitha said Peter entered her life as a friend and helped him in every possible way when she needed him. She describes him as a “simple, caring, loving and honest human being”.

Vanitha added that she is head over heels in love with Peter and thanked everyone who stood by him.

This will be her third marriage. Vanitha has a son and two daughters from her previous marriages. In her post, she categorically mentioned that she said yes to Peter when he proposed to her only after her children approved of him.

Yes my thambis and thangachis..I'm head over heels in love and not ashamed to accept it ...I'm elated excited and happy and want your blessing to make this marriage a success.love u all

Vanitha and Peter will strictly adhere to the lockdown norms.

Vanitha was first married to TV actor Akash, whom she divorced in 2007. They have a son together, who now stays with his father. Later, she got married to businessman Anand Jay Rajan, with whom she has two daughters. Vanita is a single mother to her two daughters.

She is the daughter of Tamil actor Vijayakumar.

You are a piece of my soul: Chiranjeevi Sarja’s wife Meghana’s emotional farewell note will break your heart