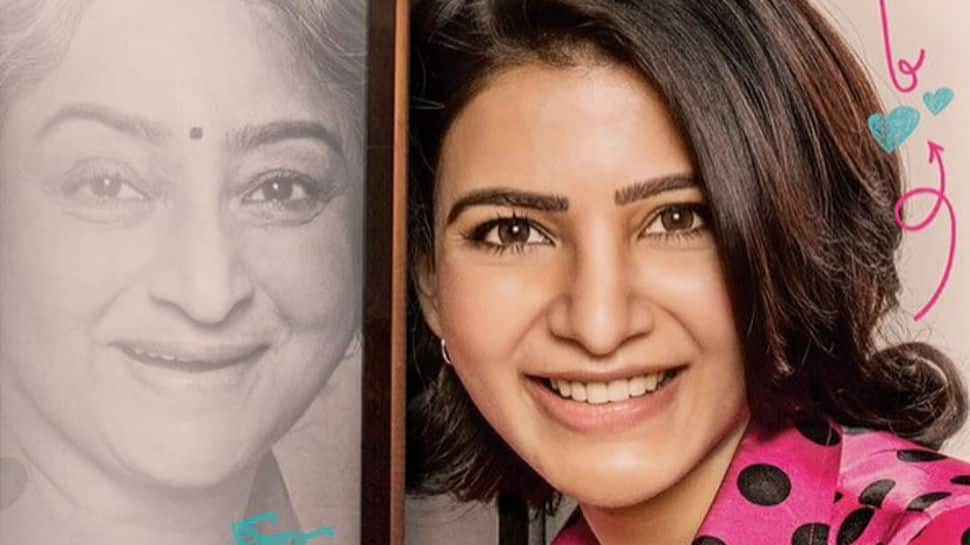 Hyderabad: Actor Samantha Ruth Prabhu-starrer Telugu comedy "Oh! Baby" has grossed Rs 17 crore in its opening weekend, according to a poster released by its makers on Monday.

Directed by Nandini Reddy, the film is the story of a 70-year-old woman who wakes up one day to find herself in the body of a 24-year-old. "Oh! Baby" is the official remake of South Korean comedy "Miss Granny".

Sharing the poster on her Twitter page, Samantha wrote: "What a weekend. Thank you for all the Baby love. We are doing backflips."

What a weekend  Thankyou for all the #babylove ... we are doing back flips @nandureddy4u  pic.twitter.com/GqZEt6XHdb

In the US, the film has collected half a million in its opening weekend and will look to breach into the million dollar club in a few days.

The film, which also stars Naga Shaurya, Rao Ramesh and Rajendra Prasad in crucial roles, marks the second time collaboration of Samantha and Reddy after "Jabardasth".

In March, Samantha thanked her director for giving her a very special film.

"Today, I am so grateful to the universe, to God and to the people who have been instrumental in helping me find my direction. I have taken some time to grow both personally and professionally.

"There have been many ups and downs. But today I feel the satisfaction of that growth as I wrap yet another film ‘Oh! Baby'. I just know in my heart that this one is going to be special," she had tweeted.

Amala Paul on being thrown out of ‘VSP33'