The diva looks beautiful in the teaser and compared to her previous films and roles, Kajal looks pretty strong in this film. 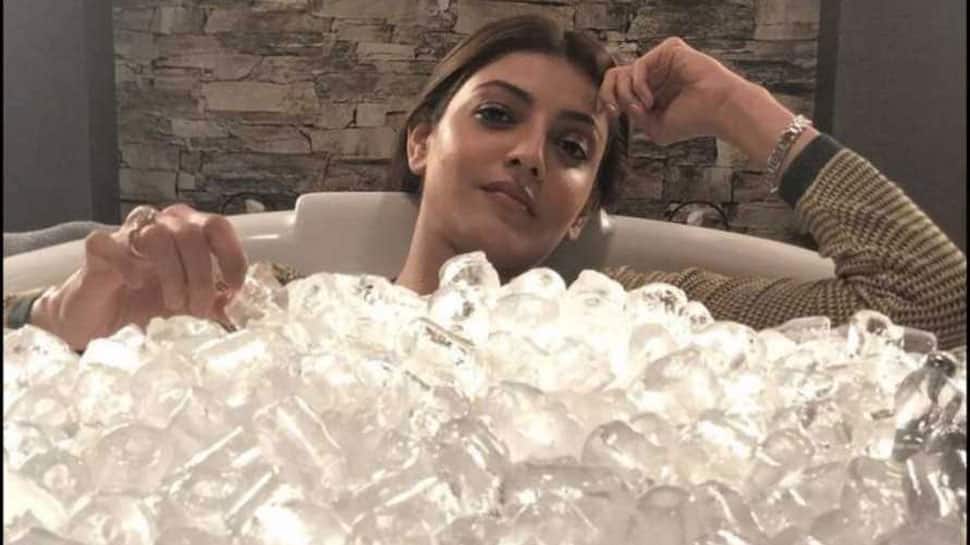 Actress Kajal Aggarwal is beating the summer heat in a really cool way. The actor shared a photograph from the sets of her upcoming film Sita, a Teja directorial and in this still, she is seen in a bathtub with full of ice cubes.

She definitely is chilling, but her fans are feeling the heat as she looks smouldering hot in the photograph. She wrote, “What are you doing to stay cool this summer? ️#summerfeels #sita #comingsoon tejagaru bsaisreenivas @ Tamil Nadu.” (sic)

Well, this photograph is one of the stills from the film and it was also seen in the teaser which was unveiled recently. The diva looks beautiful in the teaser and compared to her previous films and roles, Kajal looks pretty strong in this film. In fact, she plays a role with some negative shades.

After the teaser launch, expectations from the film have been raised. The Teja mark can be seen in the one minute video and after a film like Nene Raju Nene Mantri, which released two years ago, fans of the director for another thrilling and entertaining film.

The director has left almost two films last year. Initially, he was the one to direct legendary actor turned politician Nandamuri Taraka Rama Rao’s biopic. He even shot for the first scene of the film, but later walked out of the project. He also began shooting for a film with Daggubati Venkatesh and later, even that project was shelved.

With all the films he has made till now and the image has earned for himself, a lot of expectations have been raised on Sita. The film is releasing on April 25.

Telugu remake of ABCD to release on May 17