Chiranjeevi Sarja breathed his last at a city hospital on Sunday evening. He died of cardiac arrest. 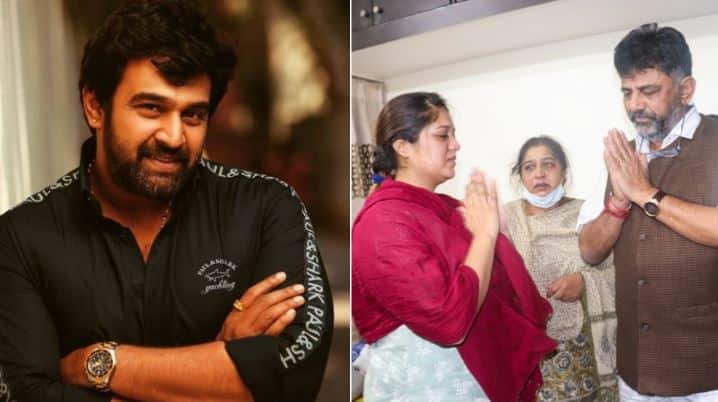 New Delhi: The last rites of Kannada star Chiranjeevi Sarja, who died of cardiac arrest on Sunday, were performed today at his farmhouse in Bengaluru. Chiranjeevi breathed his last at a city hospital in the evening. He was later taken to his residence, where friends and fans paid homage to the actor. His final rites happened on Monday afternoon. Stars such as Kiccha Sudeep, Yash and others also came to pay their last respects to Chiranjeevi Sarja.

Chiranjeevi Sarja hailed from a prominent film family. He was one of the finest actors of Kannada cinema. His sudden demise has been mourned by several of his colleagues and friends such as Rashmika Mandana, Prithviraj, Allu Sirish, Khushbu Sundar, Kriti Kharbanda, Radhika Pandit and others.

Absolutely devastated to hear about the sudden demise of Chiranjeevi Sarja. I pray Meghna and the whole family finds strength to tide through this shock and sorrow.  pic.twitter.com/z5FJ03Ahcm

My first co star, an amazing human being, the boy with the sweetest smile and the nicest heart. I still can’t believe you’ve left us, chiru. My heart aches and cries as I think about you. Rest in peace chiru!

Unbelievable! Terrible..Shellshocked to hear the demise of such a young Kannada actor #ChiranjeeviSarja Nephew of #ArjunSarja due to cardiac arrest at 39.
He was so talented n doing so well..heart goes out to his young wife n his family. May you rest in peace #Chiru

Just cant believe it.. a warm soul gone too soon. My heart goes out to Meghana, Dhruva, Ammaji aunty and the entire family. We lost a dear friend today... CHIRU.

Chiranjeevi Sarja was married to actress Meghana Raj. He is survived by Meghana, parents Ammaji and Vijay Kumar and actor brother Dhruva Sarja.