On the occasion of Nithiin’s birthday, the actress took to Twitter to wish him and released the first look poster and title of the film

Actor Nithiin Reddy has teamed up with director Venky Kudumula of Chalo fame and the film is titled Bheeshma. The film has Rashmika Mandanna as the leading lady and on the occasion of Nithiin’s birthday, the actress took to Twitter to wish him and released the first look poster and title of the film. She wrote, “Here we go- Ladies and gentleman.Boys and girls- and the Children of all ages- ‘Single forever’ says the BHEESHMA boys.. @actor_nithiin ‘sir’ @VenkyKudumula ‘sir’ Naga Vamsi sir Sithara Entertainment’s so cant

The film is being bankrolled by Suryadevara Naga Vamsi under Sithara Entertainments Banner.

Nithiin also took to Twitter to share the news and wrote, “Announcement 2 After some GAP commercial is BACK #BHEESHMA PAKKA HILARIOUS COMMERCIAL BOMMA Thanku rashmika ‘sir’ for announcing our film!! My mom wants to kill u all for putting ‘single forever’ as the tagline @VenkyKudumula @iamRashmika LETS KILL IT.” (sic) 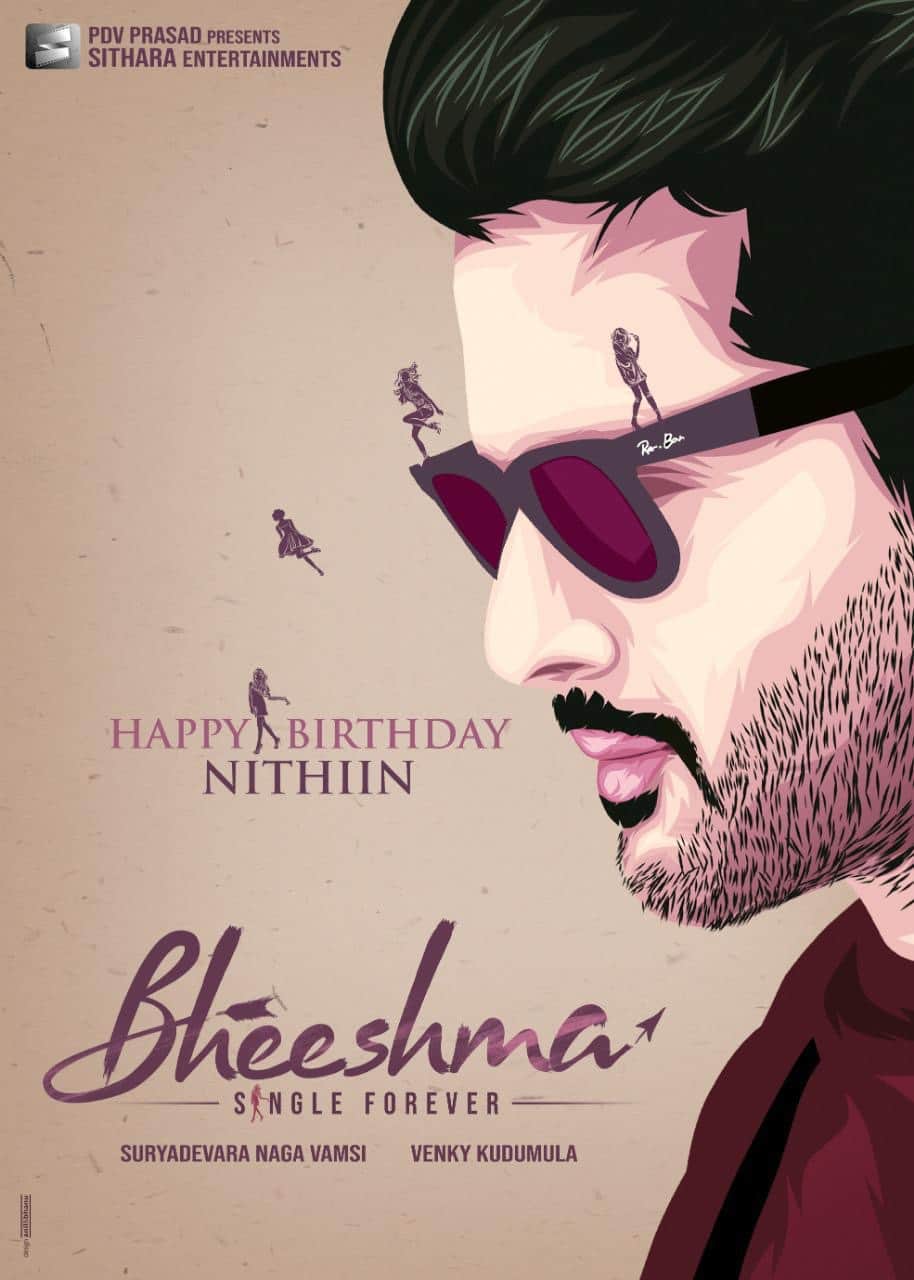 The makers have now officially confirmed the film.

Shooting went on floors recently as Nithiin underwent a shoulder surgery and was under strict rest as advised by the doctor. If everything goes well, the film might release later this year. Nithiin also has a couple of other films in his kitty.